One of the pens that came in the second lot of pens I ordered off of ebay really caught my eye because of the color: a lovely bright green.  It didn't rattle, and the section wouldn't come out of the barrel of the pen, so I set it aside until I had time to mess with it a bit.

The brand name on the clip is Arnold; Made in U.S.A. is engraved on the lever.  On doing some research, I found that there is still a pen company under the name of Arnold or Parrot Pens, but that company doesn't make fountain pens at all anymore, if it ever did.  The Fountain Pen Network is where I've found the most info: Arnold was a third-tier cheap pen company at best.  They were supposedly low quality, and sold at $1.75 for a dozen.

I'm not so sure about the quality assessment--the nib is a bit skippy, but the plastic of the barrel is in incredibly good condition: it feels solid, and is mostly unscuffed.  It's very plain, especially compared to the ones pictured in the thread I linked.

Here--why don't I just show you the pen, and the writing sample? 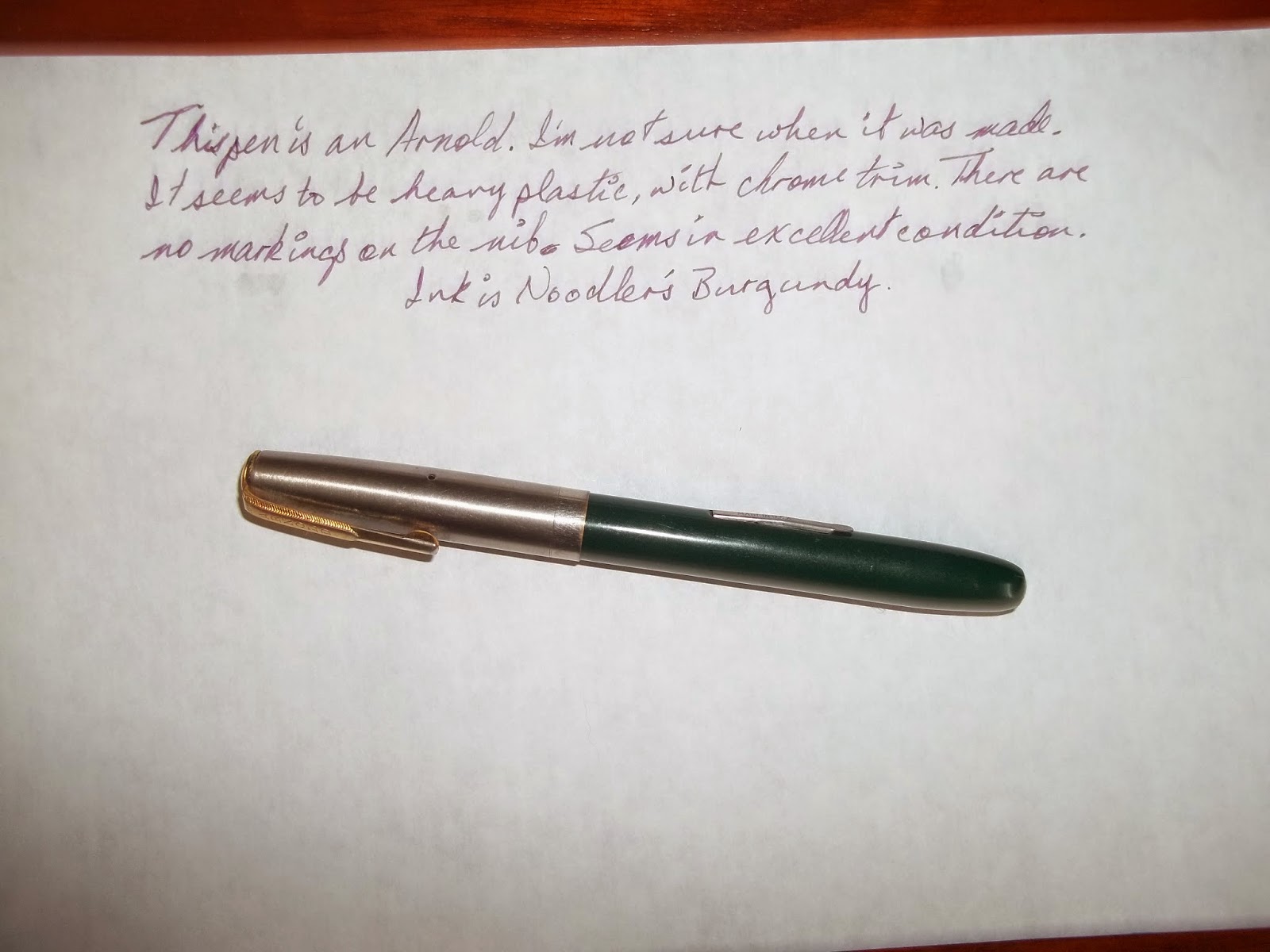 Simple little pen.  Kinda plain, since I can tell you're not seeing the color properly. 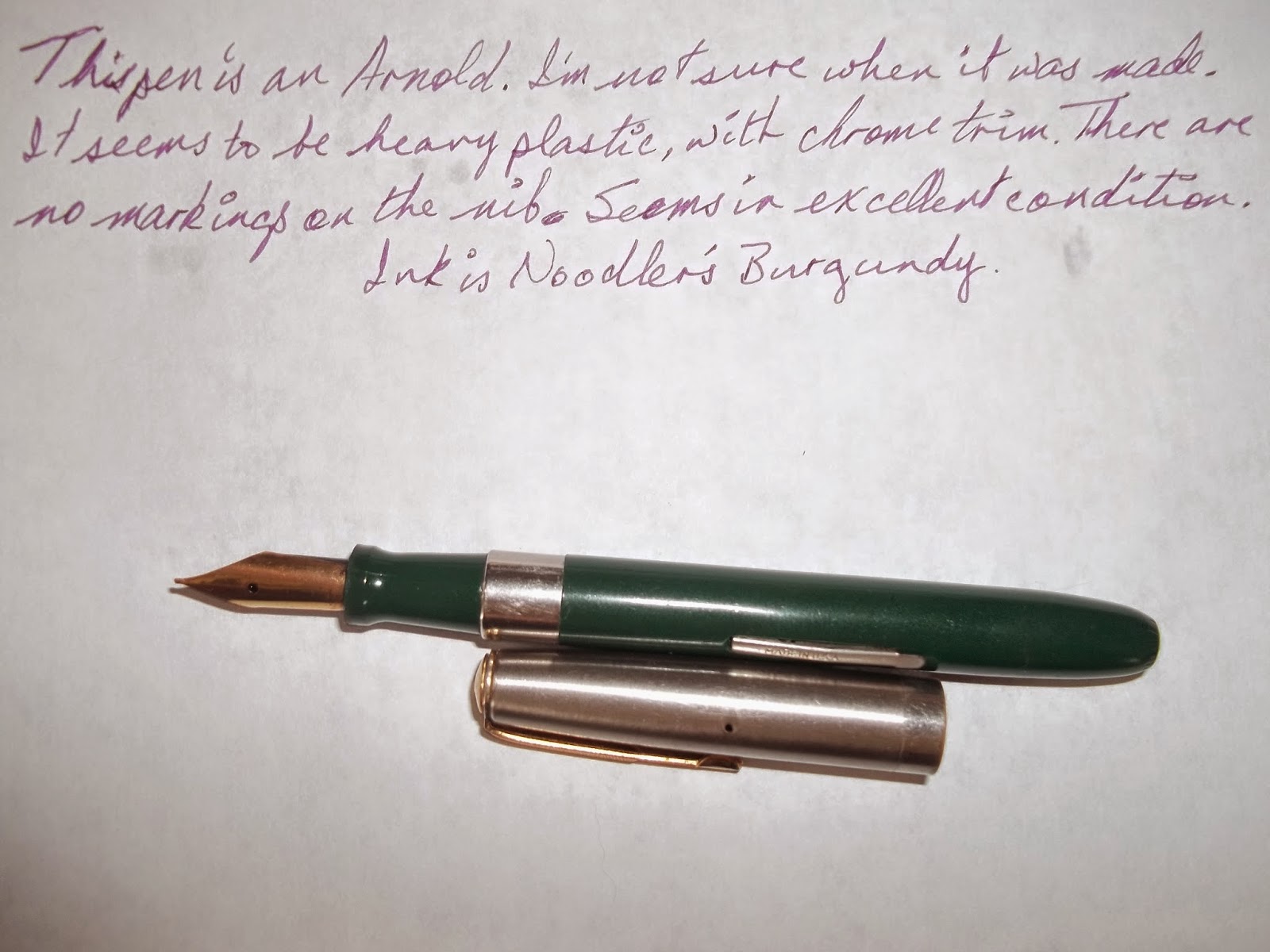 The shape is a lot prettier with the cap removed, isn't it?  And the color shows a little better in this picture.

Yes, I was tempted to keep it.  Out of all of the pens I have, I don't have a green one.  I have several in burgundy, in black, in blue, and some reds.  But the only green I have is a Parker Vector with a medium nib, cracked barrel, and wrecked clip, and that one is a sort of pale gray-green that Parker calls Jade.  Not a true green.

But it is a nice pen, and I have several.  I'd like to sell it to someone else who'll enjoy having and using it, someone who'll appreciate it.

And there are no modestly priced modern lever fill fountain pens, and so few vintage lever fills that don't need worked on before they'll work...I'd like to give someone else a chance to try out the filling system, and have fun with it.
Posted by Heroditus Huxley at 9:30 AM