I got in contact with my cover artist.  She'll be bringing the art for Normalcy Bias over today, and I'll get it scanned in this evening.  I've got the document loaded, and will be running it through the publication process this evening.  I'm using Amazon, again, because they've added a few features to their paperback self-publishing platform.

It's a relief to get the editing of one piece done, so I can focus on writing the next.  I'm working on the vampire story, which I've got several plots for.  The series is going to be called The Liquid Diet Chronicles, and the first book is Bite Sized.  The main character is also in Normalcy Bias, in one of the stories.

It's a relief to get the character who's poking me to stop for a little while because I'm writing her story.  Here's hoping I can get done before the next one starts in on me.

It's a relief to know I've got two and a half weeks to write daily--there are no more vacation days or half days until Spring Break for my kids.

It's a relief that my imp, who'd been bringing home D's and F's on tests has turned it around.  He'd been blowing off things he doesn't enjoy or deem important.  He knows the material--he was rushing to get through it so he could get to doing what he wanted.

It's a HUGE relief to no longer be on campus, constantly worried about the choice to carry in spite of the "NO WEAPONS" policy and be damned, or not carry and be dead.

It's a relief to not have to look at sample essays and wonder how the hell I'm supposed to start so far behind, and still get them where they needed to be in a semester.

It's a relief that, while I had to drop off the kids in fog and rain (with morons driving cars the same color as the fog and/or pavement with NO LIGHTS), it's mostly cleared out now.

I'm feeling relieved about so many different things.  Reminding myself of that makes me feel a little better when I think of the things I'm stressed about.
Posted by Heroditus Huxley at 12:01 PM 2 comments:

Here's the first story from the collection I'll be publishing next month.  Let me know what you think! 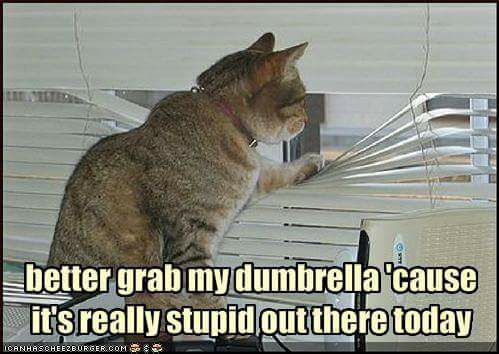 I won't repeat the fisking of the dumbass who claimed that poor people can't possibly cook for themselves.  Larry Correia did a more than adequate job.

No, this is reserved for those who are screeching about the suggestion that, instead of giving people easily defrauded ways to buy their own groceries (junk food????  Seriously???  You're buying soda and snack cakes on your ebt cards, and complaining that your children are going hungry???), we should bring back the non-perishable goods food pantries.  Canned stuff.  Y'know, the stuff I grew up eating.  Because I was painfully poor.

I've heard people screeching that it takes away the individual's right to choose what they eat.  Let's start with that.

So fucking what.  I don't give half a shit about the individual's right to choose what they eat, not when money is being forcibly removed from my household to give to these people.  I don't drink soda, nor do I eat a whole lot of processed crap.  I cook.  From scratch, for the most part.  Because it's cheaper, and tastes a hell of a lot better (if you can get your hands on a '60s Betty Crocker cookbook, their black midnight chocolate cake tastes a hell of a lot better than a mix, and costs a lot less to make).  I don't eat steak, much, either.  I've never eaten lobster.  Because I can't afford to.  I do NOT want someone who chooses not to work to eat better than my family does.  Hell, the threat of starvation's a hell of a motivation to get a fucking job.

Every can of vegetables has, just above its list of ingredients, a chart.  That chart is the nutritional values of whatever's in the can.  I use a LOT of canned food.  Wanna know why?  Because fresh or frozen green beans squeak when you eat them, and my children refuse to eat them.  And because I can get a lot of canned food, and it can sit in the pantry until I need to use it.  I put canned corn in taco soup, in my version of fajitas, and my daughter occasionally demands I open a can just for her, and eats it in about three days' worth of suppers.  I use canned green beans--warmed up with garlic salt, and my son's actually willing to eat them, provided he has coctail sauce or barbecue sauce to dip them in.  Canned tomato products are actually better for males than fresh.  And boy howdy, do both of my guys like chili.  And pasta bake.

I've heard "but people won't know how to cook the food in the boxes, so that they can eat it."

Actually, I can't dispute that.  I had a friend in high school whose mother kicked her out.  She got the food pantry boxes with macaroni, canned meat, canned veg, government cheese, and stuff like that.  She lived on the peanut butter and bread handed out with the rest, because she didn't know what to do with any of it, until I showed her a couple things, then took her to the home-ec teacher.  For the most part, it can be solved by adding a small cookbook to the first box collected, and maybe a few basic cooking lessons.  Hell, maybe put a 6qt crock pot in the first box, with the cookbook, and a few pounds of dried beans, black eyed peas, and other legumes.  A decent one is under $20, and will make cooking the beans a thing of simplicity that beats microwaved frozen meals.

Yeah, some of it is.  It'll keep you from starving.  If you want to eat better than that, either get a job, or get a better job than what you have.  If you literally cannot, well, Velveeta makes a lot of things taste a hell of a lot better, even if it's over-processed crap for cheese.  Honestly, the worst things I remember from the food pantry canned foods with the white government labels growing up was the canned meat...and if you add it and a can of cream of mushroom soup to pretty much any pasta, maybe with some of that horrid government cheese, it makes a pretty tasty meal.  But yes, straight out of the can, it's awful.

On the surface, the protests seem to be "for the good of those who can't afford to keep body and soul together."  However, if you scratch that altruistic surface, what you find is a whole bunch of whining elitists that want to feel good about helping the "poor" without actually doing anything to help them out of poverty.
Posted by Heroditus Huxley at 12:57 PM 9 comments: 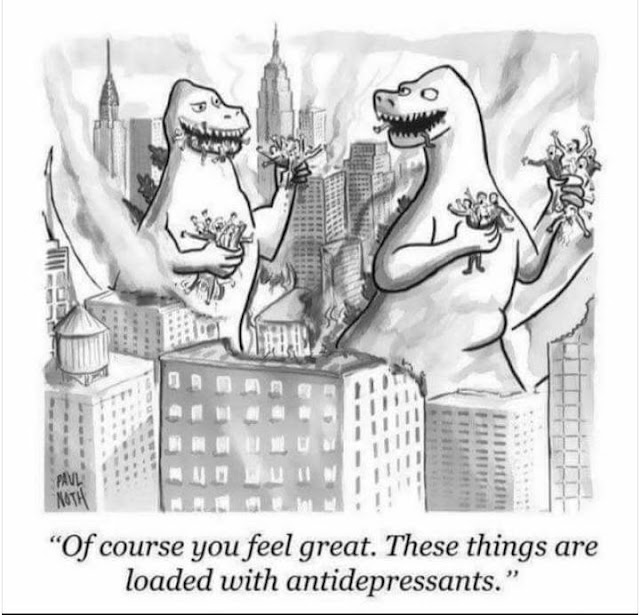 I got yer dream right here.

That said.  I do not have any sympathy, nor yet any inclination to make exceptions for adults that jump the border, jump the line, and break into my house and make themselves at home.  "But I've lived here twenty years...my children know nothing else."

Yeah.  Fucking tough.  Do it right, or get the fuck out.

I do feel bad for the kids who were brought here as infants, and don't realize that the country they probably think of as their home isn't.  Not really.  Will I make exceptions for these kids?  Will I smile and nod, and be happy that my taxes go to pay for their college tuition when we have tuition to pay to give our kids a chance to make a good life? 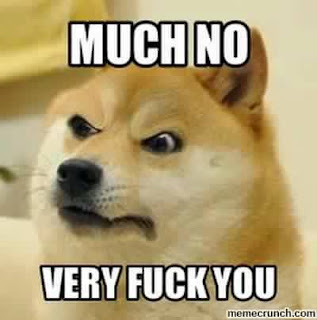 That said.  There are ways for these kids to become legal, naturalized citizens of this nation.

They can enlist and serve.  Anyone who's willing to shed blood to protect the country they love, whether it's their legal place of residence, or where they've lived illegally (knowingly or not) all their lives?  I'm happy to stamp their paperwork and make them legal American citizens.
Posted by Heroditus Huxley at 8:51 PM 4 comments:


This snippet is brought to you from the current project, which I don't have a firm title on, yet.

“I’m dead, not male,” I snarked.  “Besides.  I had guy friends in college that said they thought we females lucked out in the ‘carry shit around with you’ department.”
“Yeah, well,” she sputtered.  “They lucked out on the comfy shoes and clothes that work on fat people department.  I mean, seriously.  Heather gray in regular sizes is manatee gray in plus sizes.”
I snorted, then choked on a giggle.  “Say what, now?”
Andi eyed my scrawny figure. “Not that you’d ever have had the same problem,” she said.
“No,” I admitted.  “I routinely forgot to eat when I got busy, and was anorexic in high school because it was all the rage.”
“God have mercy,” she blurted out, staring at me instead of fastening her seat belt.  “A serious psychological disorder was trendy?”
“Keep in mind, hon,” I said gently.  “I’m probably your mother’s age, rather than yours, no matter what I look like.  There were a lot of things that were trendy that shouldn’t have been.  Like Anne Rice.”
Andi finished fastening her seat belt with a sigh.  “Anne Rice wrote better vampires than Stephanie Meyer.”
I glanced in my rearview mirrors, then twisted around to back up without hitting the Mustang.  “Honey, everybody writes better vampires than Stephanie Meyer, but she’s the one sleeping on pallets of cash.”