This.  This is good.  The tension in my neck and shoulders is melting away while I listen.

I know y'all know the old joke about turtles on fence posts.

I have become utterly convinced that the vast majority of politicians are post turtles.  As in: utterly clueless and useless.

This senator wants an investigation into why natural gas prices went up.

During a cold snap.

When natural gas is being used to heat homes.

And when electricity used to mine and pump natural gas is shut off, which...creates more shortages...which creates more electrical outages because the power plants that use natural gas...aren't getting it.  So, not only are people using more of it, but there's actually less to be had.  At the same time.

"...May flights of angels sing thee to thy rest." 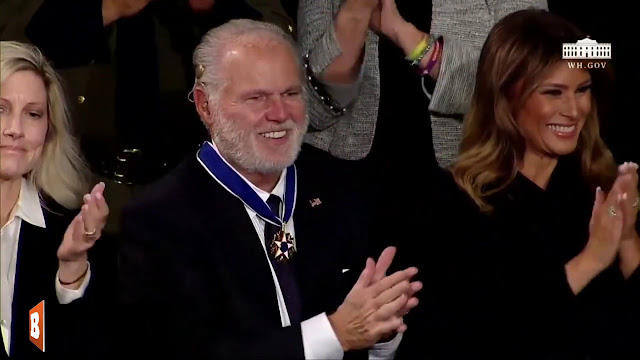 So.  That storm.  It dropped around 7" of snow on us.  When I got up, our weather station receiver (the station itself is out on a fence post) said it was -18 degrees Fahrenheit--a record for cold in the area.  Yesterday and the day before didn't climb out of single-digit high temperatures.  Today's supposed to get up to the mid to upper teens.  We're having a real time of it, keeping the water lines from freezing, and only having mixed success in the fight.*

We'll be getting more late tonight/early tomorrow.  The meteorologist that knows his ass from his elbow is predicting a little more than 3" for the city where I live--farther north will get a bit less, farther south a bit more.

Thankfully, though, that's the last of it.  We're supposed to be back closer to normal temperatures for the region and time of year by the weekend.

Texas and Missouri have had...issues...with power.  Thanks to the utter stupidity of the vapid, virtue-signalling twatwaffles running the boards of the power companies, a significant percentage of power generation has been moved from standard, fossil fuels to windmills and solar panels.

Windmills...freeze.  They ice up and quit turning, quit generating power.

Solar panels...well, I don't know how much snow Texas got, but we have around seven inches of snow, and a quarter inch of ice covering ours.  And it won't clear off until the weekend.

This leaves the power companies in a self-inflicted bind: they don't have sufficient power for the individuals paying for said power...because the weather is interfering with renewable-resource-based generation.  As it does.  Especially in this part of the country.

It would be less of a problem if the mouth-breathing douche-clots hadn't shut down the fossil fuel plants--however, it seems that keeping them in reserve for situations like this is beyond the intellectual capacity of said fucktards.

Instead, the dumbfucks running the electrical companies chose to impose rolling blackouts on their customers.  We were out of power for an hour and a half.  The temperature in the house dropped ten degrees in that period of time, even with the propane fireplace still burning.  Because we couldn't circulate the heat.

And I honestly can't wait until tornado season.  Here's hoping God hates windmills as much as he hates trailer parks, and the idiots in charge of the electrical company go back to what actually works for this region.

Posted by Heroditus Huxley at 11:39 AM 5 comments:

It started Sunday.  I went to visit my mom and sister.  The temperature was starting to drop when I went up.  By the time I left for home, we were getting slushy mist: it was sorta frozen when it hit the car, then thawed, then re-froze.  I had an utter bitch of a time keeping the windshield clear of ice enough for safe driving.  And there was a quarter inch of ice frozen over the headlights and front end of the car.

And the temperature kept dropping.

Monday, the kids' school was cancelled because the roads weren't safe, and neither were the parking lots.  It never got above freezing, that day.  And we had freezing fog.

Tuesday wasn't any better.  Wednesday got colder--it never got above 19 degrees.  Thursday...well, yesterday, it snowed a bit, hovered between seventeen and nineteen, and the water line to the washing machine froze.

I got up this morning around 5:40 to take my thyroid meds, and get a drink of water.  It sounded...weird.  Labored.  So I left that tap on a drip, and other half turned the heater in the bathroom on when he went in.

It's still dripping.  Because it's still only 12 degrees.  Running the propane fireplace heater, an infrared heater, and three oil heaters has it around 67 degrees in the main part of the house.  And that is with about half a foot of insulation added to the bit that was there, and another six inches under that where there hadn't been any.

I'm going to go through and turn up all the heaters.  Because between the frigid cold and the wind, they're just not quite keeping up.

Next week won't be any better, either.  We've got snow in the forecast.  Our local weather guy has noticed that our weather systems repeat every couple of months, and we're heading back into the same system that dumped a half inch of ice on us right after Christmas (and broke a lot of trees).  Weather guy says this time, with as cold as it is, we're likely to have around 5-7"...minimum...of snow.  Could be a lot more than that.  I wouldn't be surprised, with as humid as it is, and still this cold.

The kids have been out of school for a week.  And it looks like they won't have much, if any, next week, either.

When I was in grad school, in Manhattan, KS, we got something like 18" of snow dumped on top of 2" of ice, and it stayed in the single digits for highs for two weeks, and didn't get out of the teens for another couple.  That was a few hours north of here.

Posted by Heroditus Huxley at 11:12 AM 5 comments: