This one is going to be mine: it's another Waltham--a pen company which has fascinated me since I learned of the company's shenanigans and ultimate fate.  I mean, seriously: a pen company whose owners were such stellar individuals that they cut one of the three brothers out of the war profiteering and tax evasion, which is what led to the company's downfall and breakup, has an interesting story, even if the pens are "third tier" pens (pretty or not). 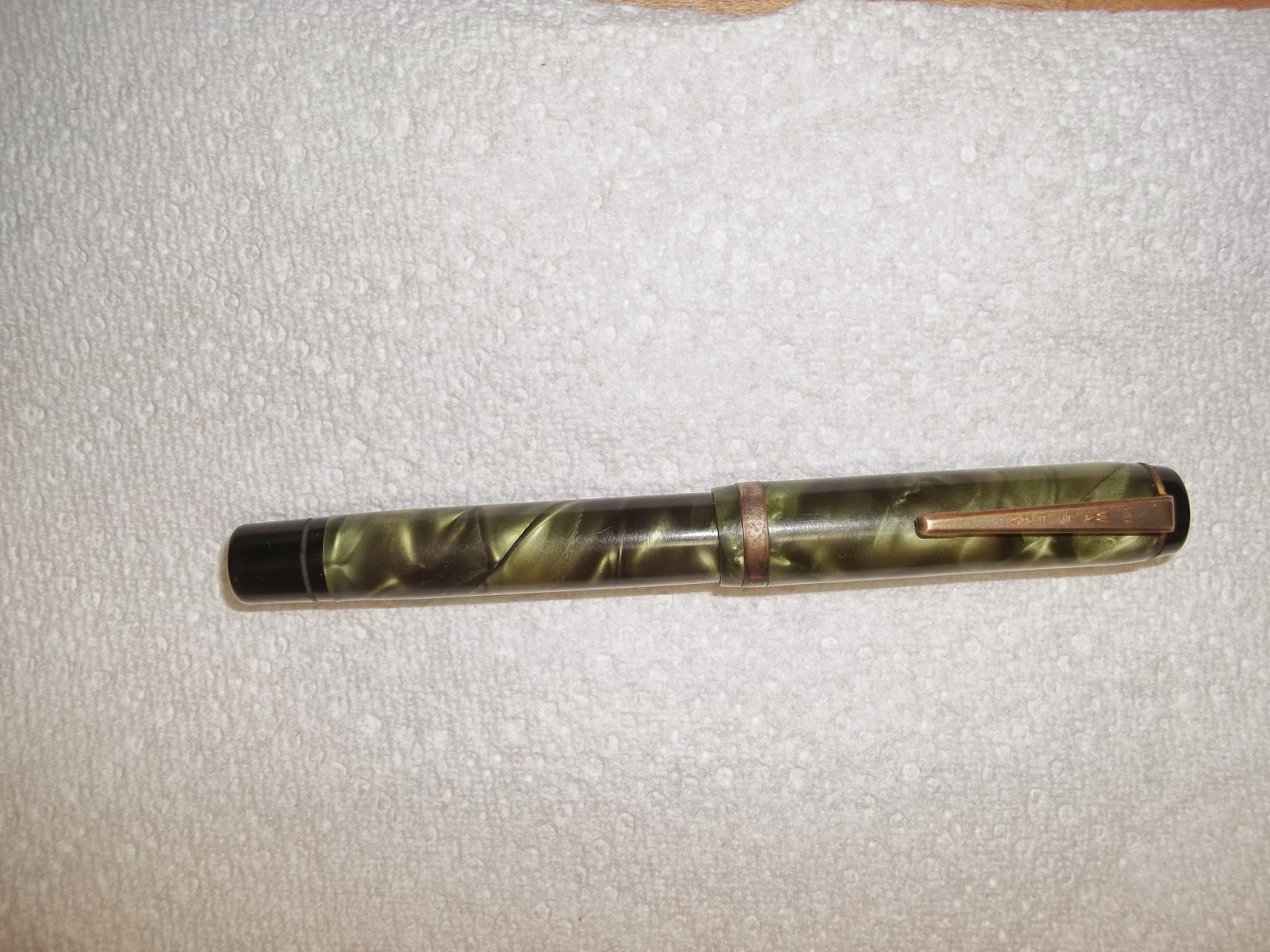 And this one is a pretty pen.  Unfortunately, the nib is bent. 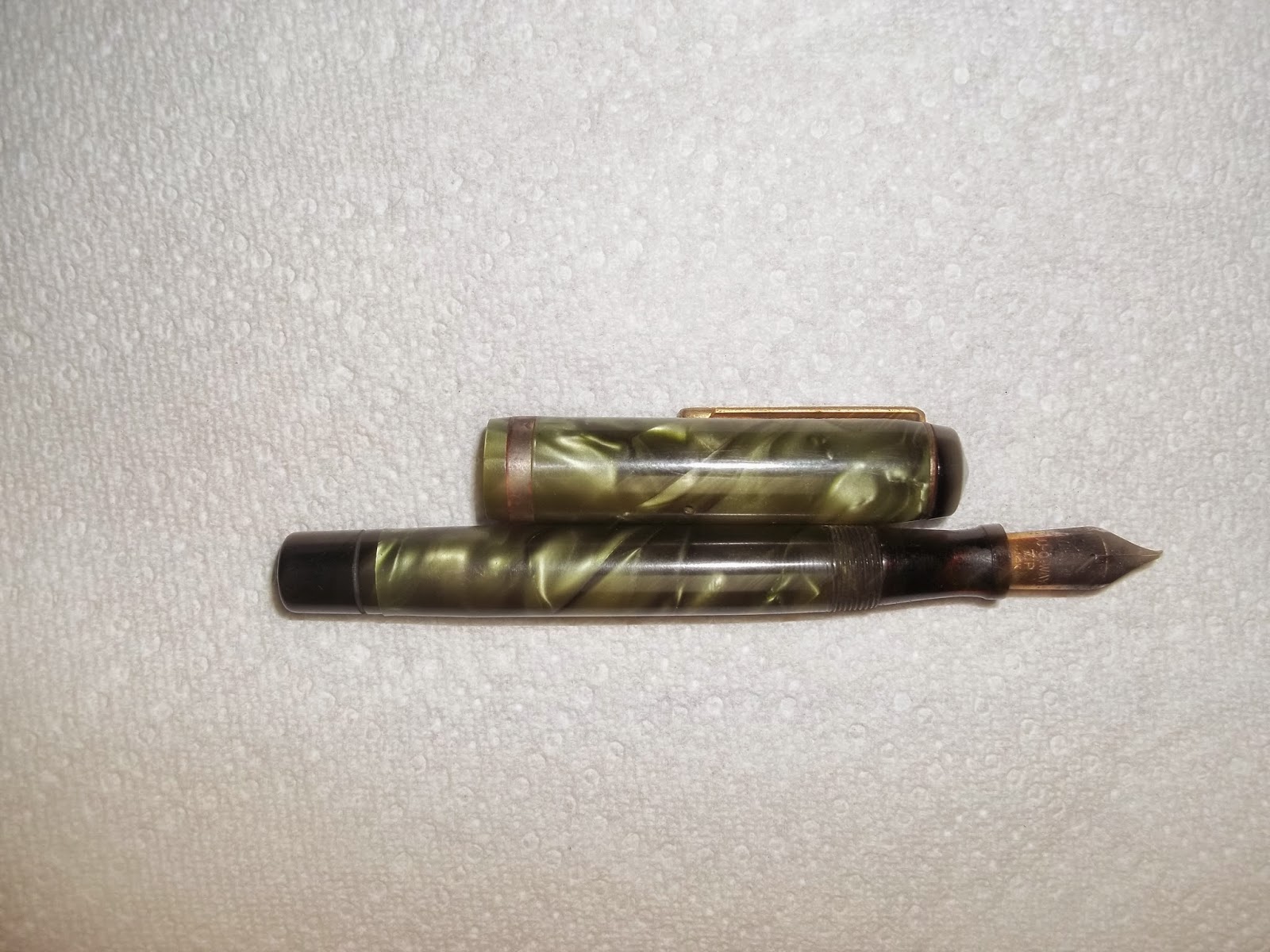 Here, you can see some of it--it's bent a little bit to one side, but bent down pretty significantly. 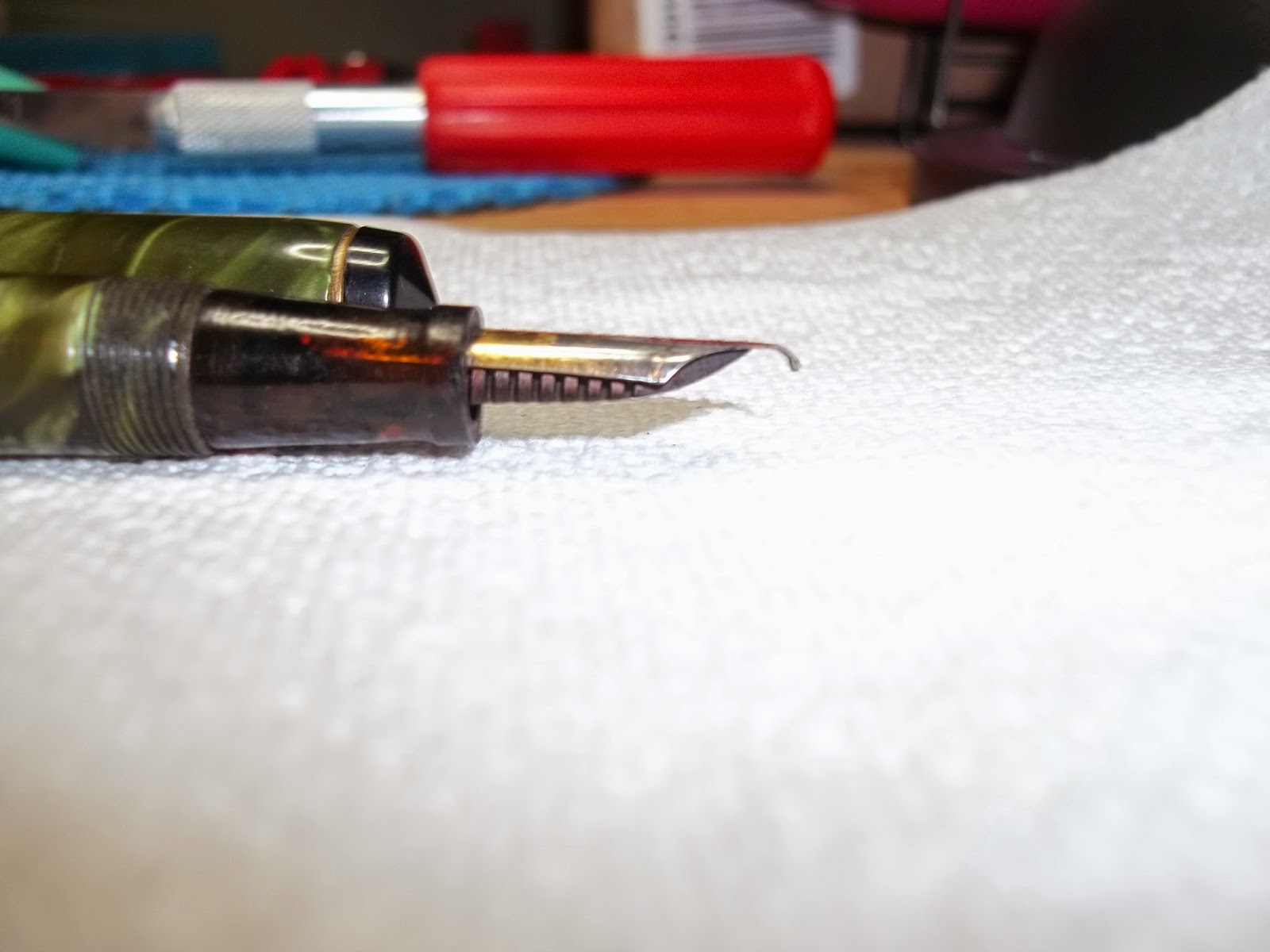 This pen is a button filler: unscrew the black cap on the back end to uncover the button (it squeals, by the way), push the button down, put the entire nib and a little of the section into the ink, then let go of the button and wait for about 5-10 seconds for the rubber sack to fill with ink. 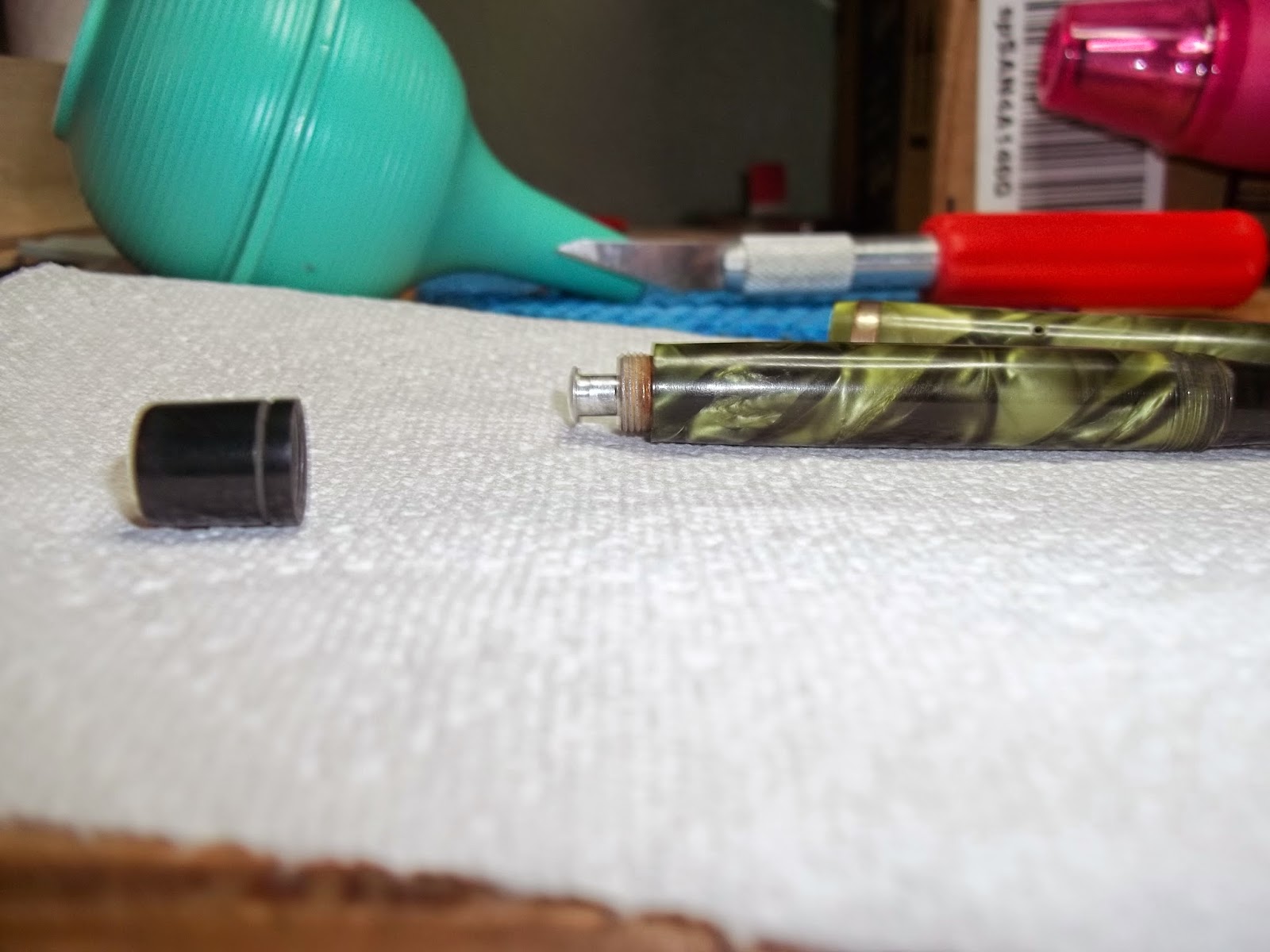 Unfortunately, the button wouldn't depress.  It took a bit of application of the heat gun to pull the pen apart, where I found...pen poop. 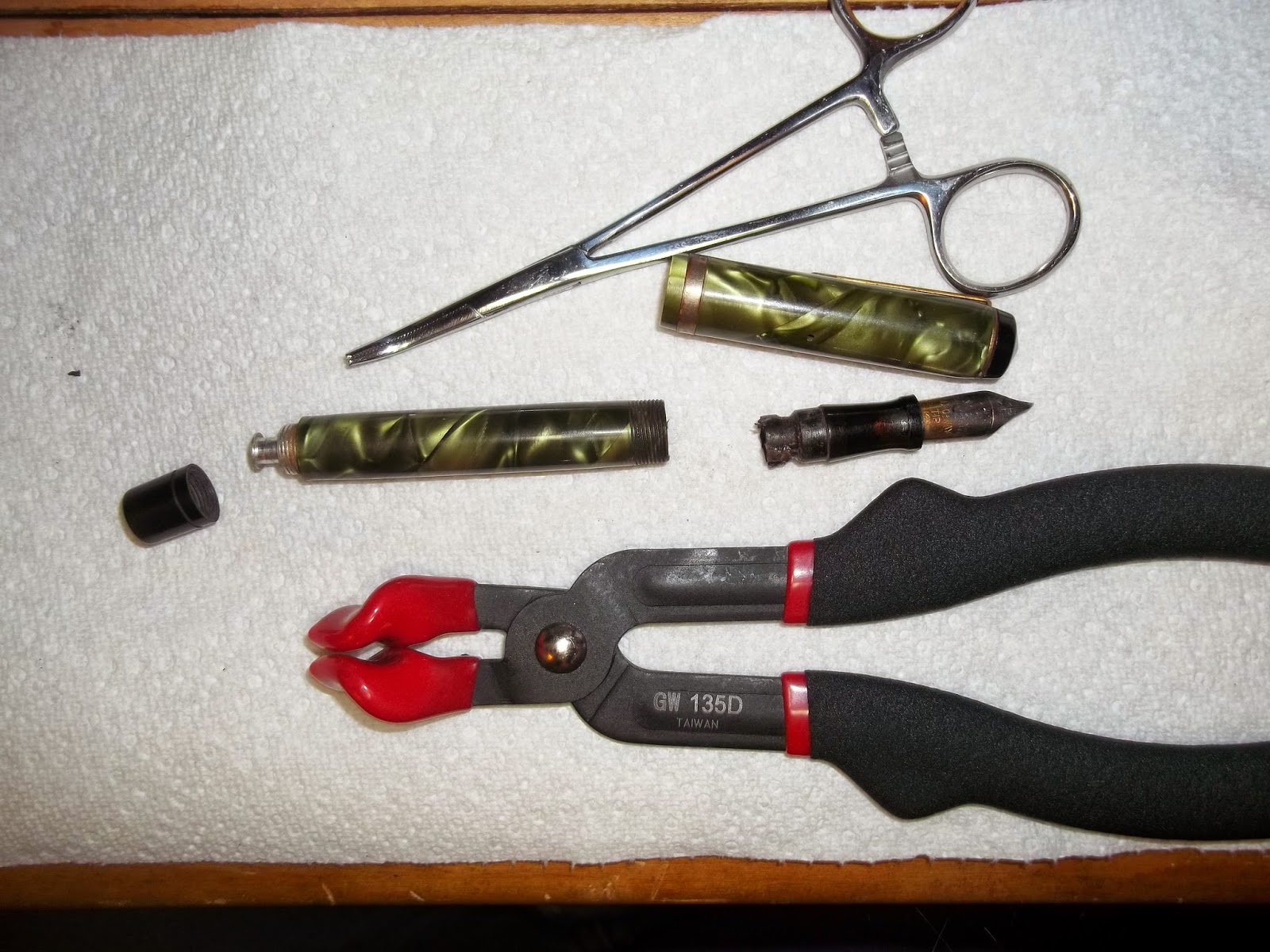 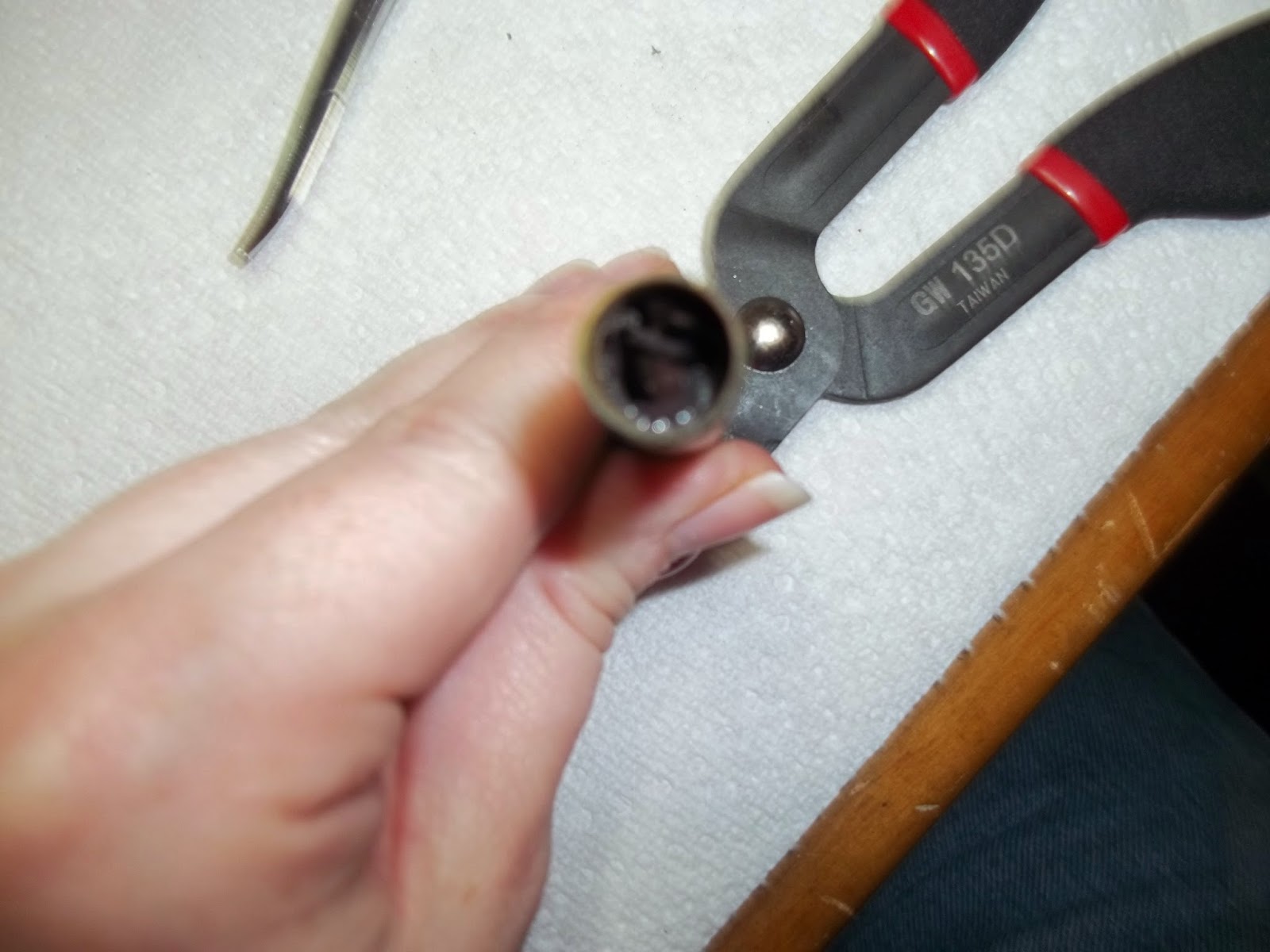 That's fairly solid hardened rubber and ink pieces.  It came out, with the aid of a pair of forceps, bit by bit...and with the pressure bar attached. 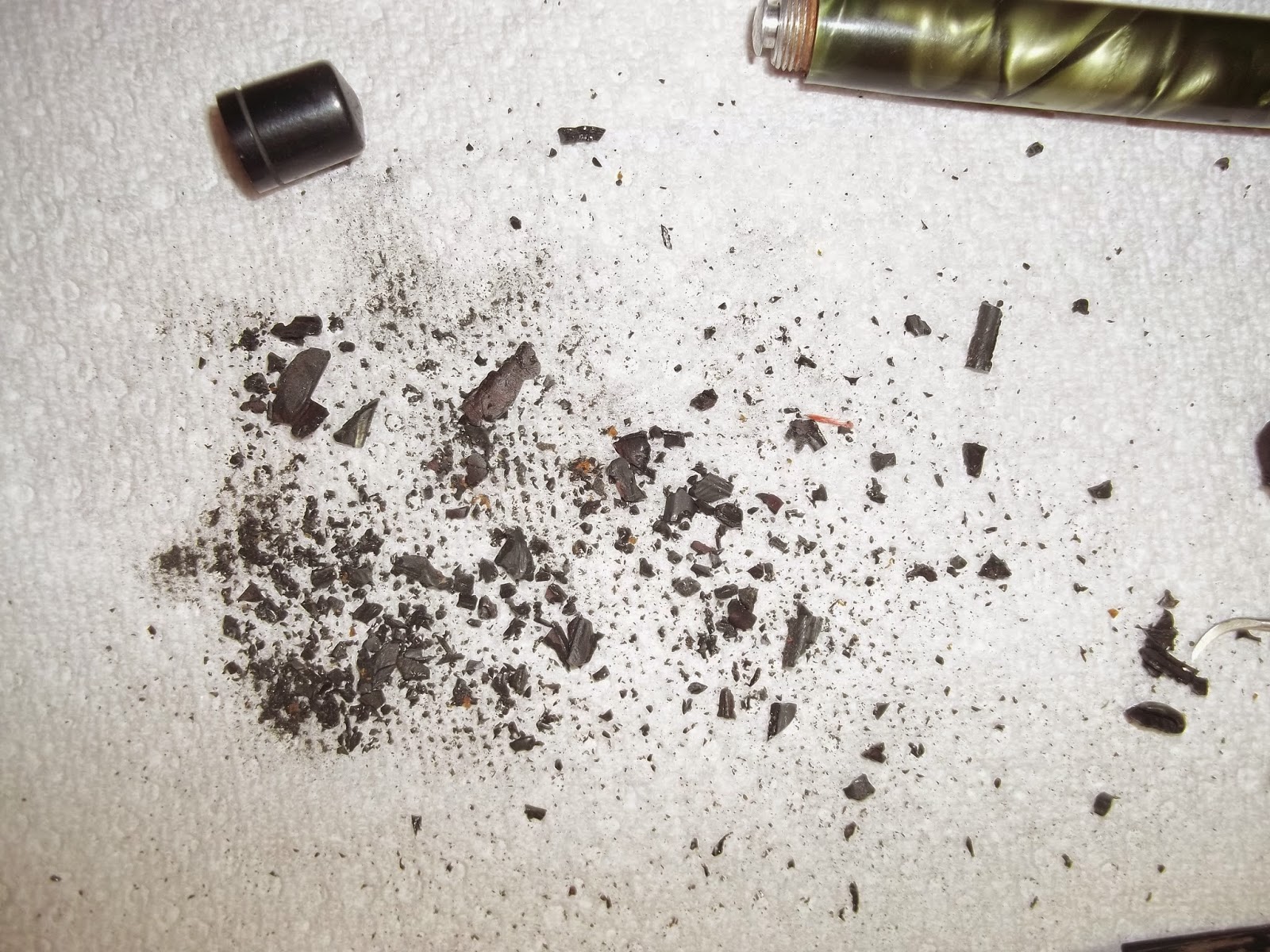 Unfortunately, the pressure bar was rusted. (Pictured with the dental pick I used to scrape out the inside of the pen barrel). 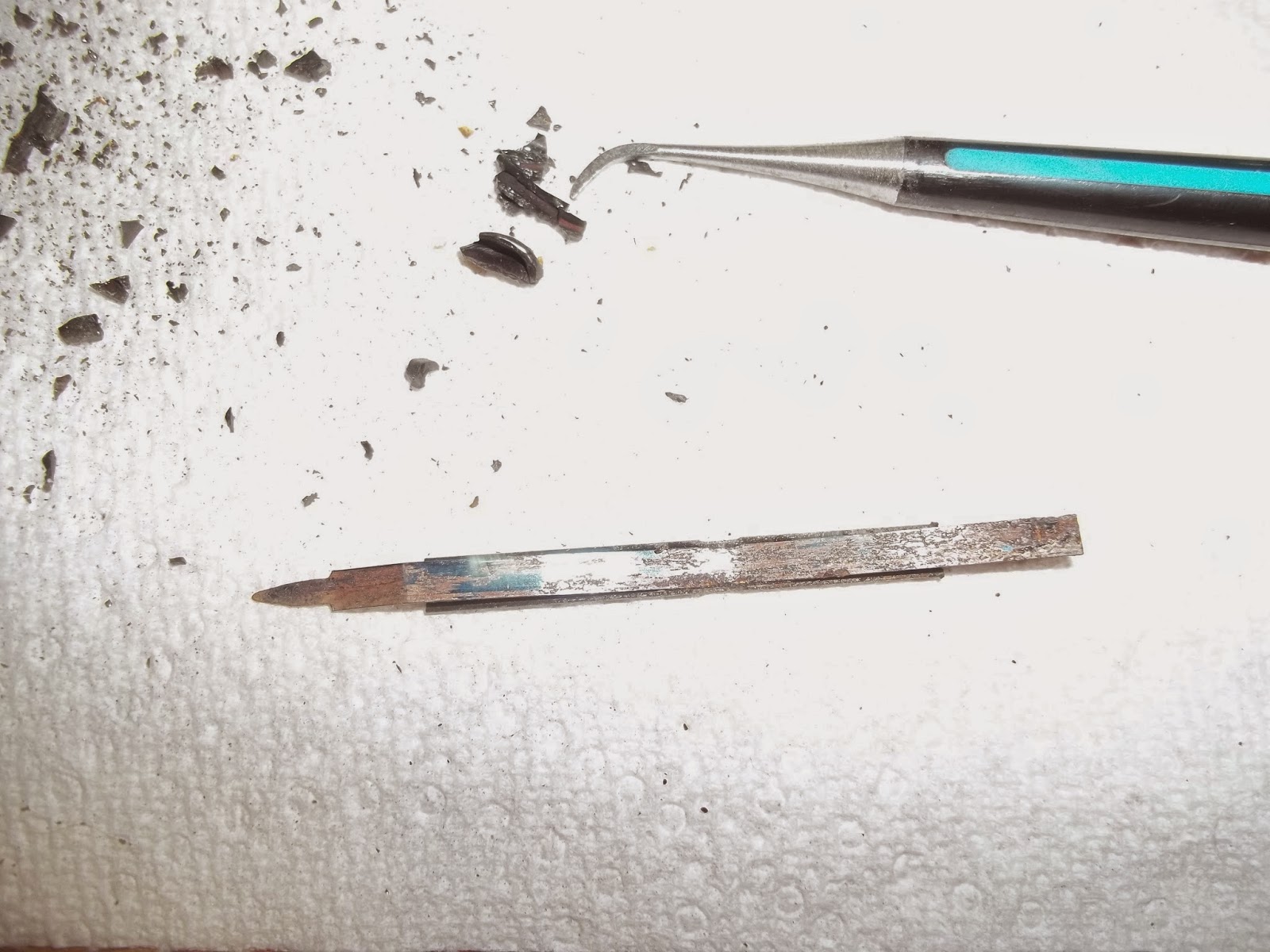 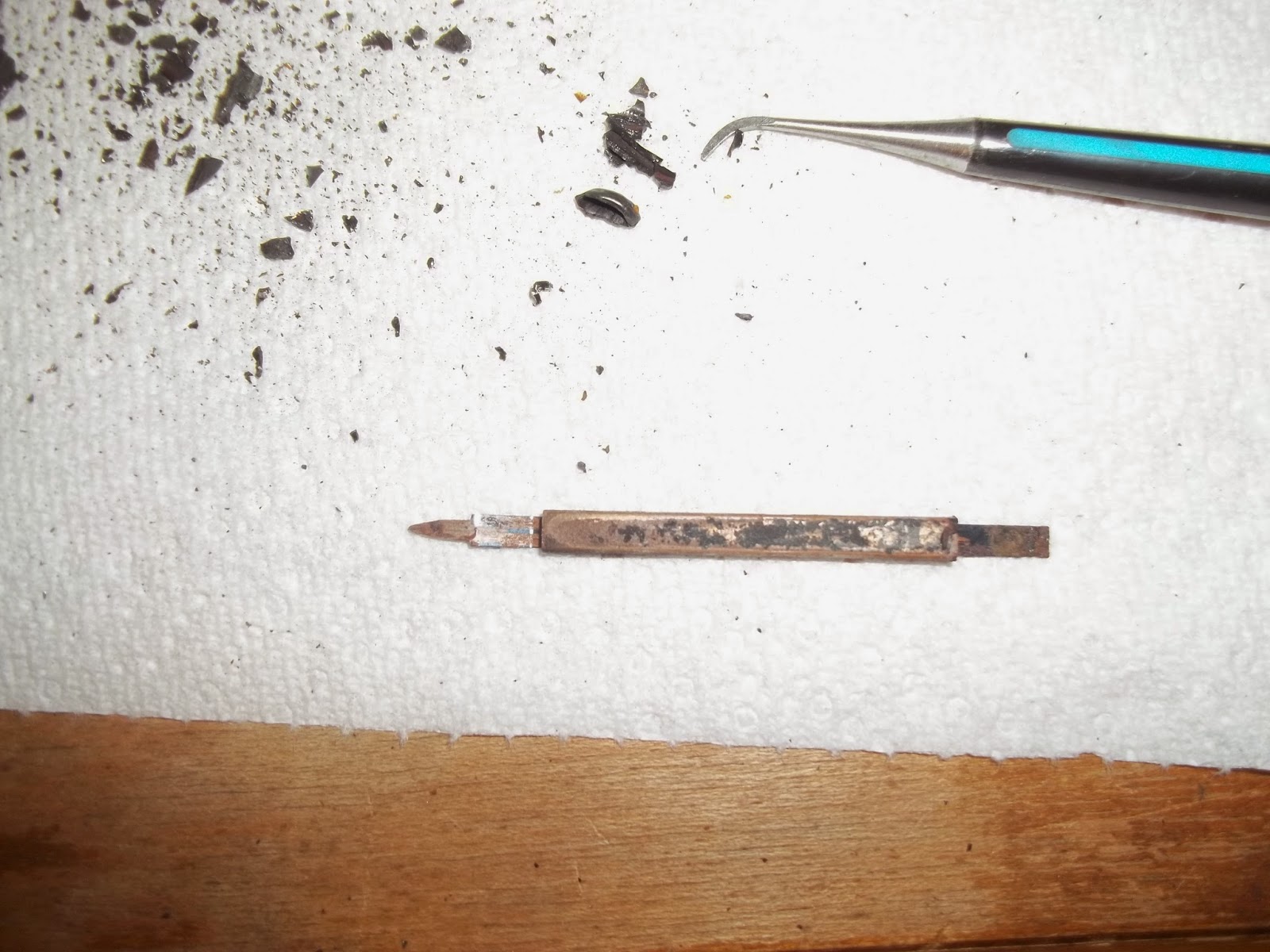 I have one on order--it should arrive just after the sacs do, sometime around the end of the week, right when my grading schedule clears up.

Once I have everything I need to fix the pen, I'll show pictures reversing the process, ending with a pen ready to load with ink and write with.
Posted by Heroditus Huxley at 9:30 AM