We did a first for us, this past weekend.  The kids were out for a teacher in-service training day on Friday, so Odysseus took the day (and today) off, and we went on vacation.*

We went to a former state teachers' union resort that Odysseus's mom took him and his family to a couple times a year throughout his childhood.  There was no phone service, no internet, no TV, no radio...nothing.  Nothing but a lot of acres of woods, with lots of places to explore; simple cabins (ours had one room plus a bathroom and a screened in porch); home cooked, family style meals; games; and a river to play near (or in, with a parent close by).

I got a bit of reading done.  Got a bit of writing done.  The kids weren't in the cabin most of the time--they were out playing, exploring, making friends, and discovering new foods.  The imp discovered it's not biscuits he doesn't like, but biscuits made with hard wheat flour (I got some southern style biscuits, today).  Both discovered that fried chicken's pretty darn good, and that beef stroganoff is delicious (even if they don't like egg noodles...but that can be adapted).

They got to see things like minnows, river snails, skinks, turtles, paw-paw trees (and fruits).  And water coming out of a rock on the side of a hill (a spring).

*I have not wanted to drive long distances with both kids in the car up to now.  This was a test, and it went quite well.  And the kids have asked to go back to this little resort next year.  And at this point, that looks likely.
Posted by Heroditus Huxley at 7:40 PM No comments:

I have been seething.

I have been seething since last November.

As fast as our current POTUS is working to undo the last fuck-up's policies, there are a few he can't undo as easily.

Eighty thousand Muslims settled in one place.  To the point where they elected two adders into the House of Representatives.

Today, it kind of boiled over for me.  Because some people did something.

And the whore who said this now has citizenship.  So does the slut who wrapped herself in the Palestinian flag (whatever Palestine is supposed to be--it isn't, and never was, a country).  That can't easily be undone.

Honestly, at this point, I'm thankful--to the bottom of my soul--I'm no longer teaching.  I no longer have to pretend I'm not watching the middle easterners more carefully while giving them A's to get them the hell out of my classroom without wasting the effort to grade plagiarized papers.  It was really hard, especially at this point in every fall semester, to keep smiling and pretend that I'd forgotten. 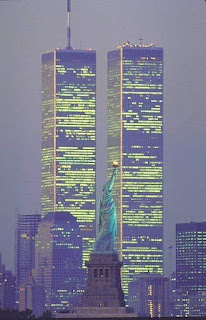 Traitors, on the other hand...

...we seem to have an overabundance of those in Washington, DC, in the State Department, and in university faculty and administrations. 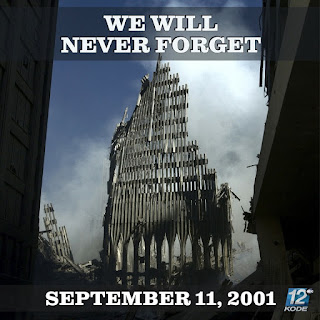 So.  The kids' school started a 3rd through 5th (or was it 6th?  I forget, now) soccer league.  I asked both kids if they were interested.

The boy, who went into 4th grade this year, was.  So, I signed him up and paid the fee.

Got contacted by the 4th grade coach, got practice days/times set up, and wrote everything down.  I thought I could hand it off to Odysseus, let it be a father/son thing.  They kind of need one, and haven't really found one, yet.

I got another email.

Since the imp had to redo kindergarten (he wasn't really ready, the first time, but made a spectacular attempt that had him go from a year or two's worth of development behind his classmates to almost ready for 1st grade), he was...booted up.  Not doing the program with his grade group, but with his age group.

On a different day and time.

Which we weren't ready for.  We hadn't gotten him his cleats or shin guards, because he'd been sick.

So, Odysseus took off a few minutes from work, ran to the local sporting goods store, and got the imp his cleats, and a pair of shin guards.  But.  Imp was still too sick (wheezy) for the first practice.  I let him make the decision.  He came home because he wasn't breathing well.  And we tried his equipment on.  The cleats fit, but the guards...really didn't.

We've got a handle on it, now.  He went to his first practice last week.  They're supposed to be on Mondays and Wednesdays, from just after school to 4:30.  This week, since Monday was Labor Day, he's got practice tomorrow and Wednesday...first game Saturday.

No, I haven't heard what time.

No, I don't know where they're playing.

No, I don't yet know who they're playing.

It's the school's first year doing soccer at these grade levels.  I'm cutting them a little slack.

But damn.  For a first rate school, this is one hell of a cock-up.
Posted by Heroditus Huxley at 9:56 PM 2 comments: