The kids went back to school, this morning.  It's been quiet.  I've been able to get a few things done--I do have more to do, but not as big of a list as I'd had to start with.

There's no TV going, no fighting, no yelling as they play, no arguing over some minor point in whatever they're doing.

So far, I've managed to get a load of dishes done (dishwasher AND the few hand-wash things), a load of my clean clothes sorted and put away, clean towels folded and put away, and a load of towels and bathrobes put in the washer.*

Because I've had the energy.  I've not been breaking up fights, or trying to herd the children through their daily chores.**

Better yet, I've still got three hours and enough energy to actually do some writing.   And enough time and energy to finish the chores that still need done for the day, now, and after the kids get home from school on this first day back.

*Yes, I've had to sit down for a half an hour between fifteen minutes or so spent on chores.  But I've still been able to get back up because the energy filled back up enough to do so.

If you're ever around Strafford, MO,* and you've got a little time you can spend, I strongly, strongly recommend their Wild Animal Safari.** 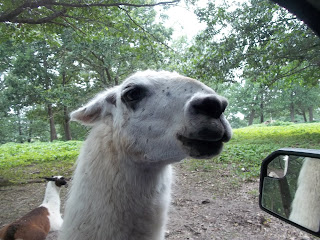 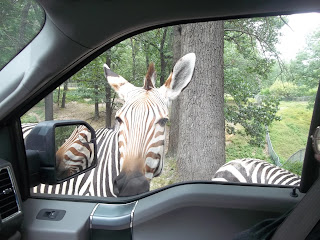 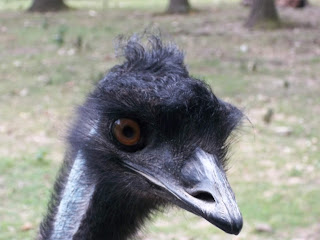 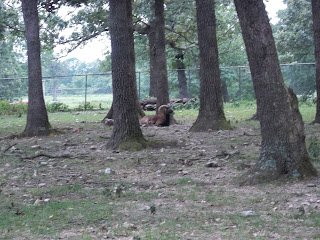 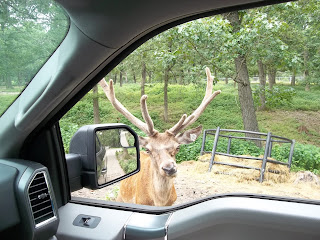 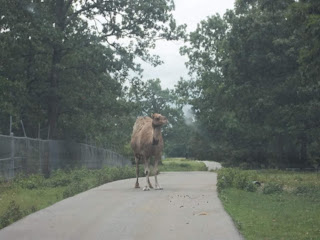 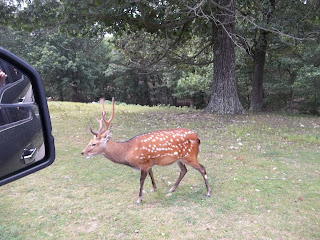 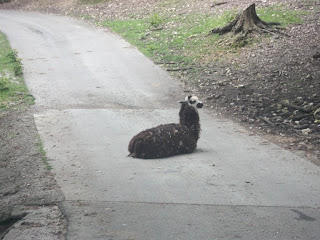 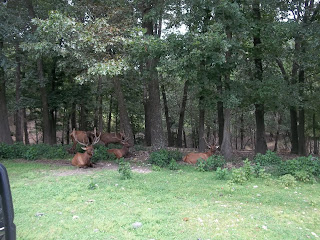 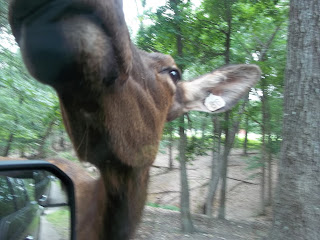 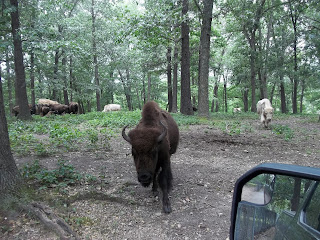 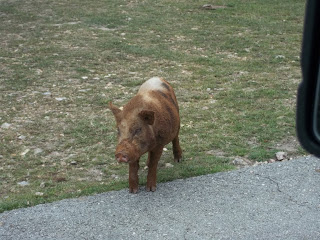 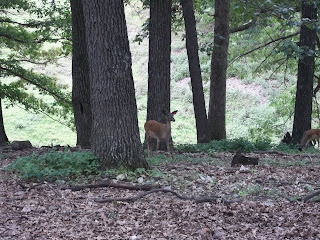 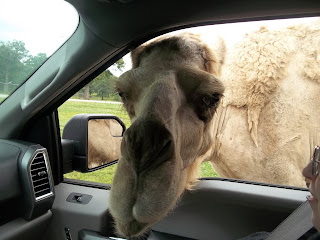 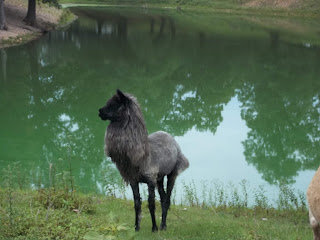 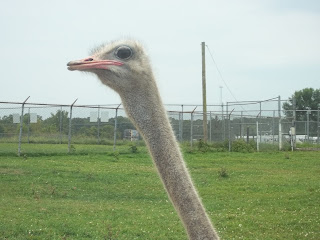 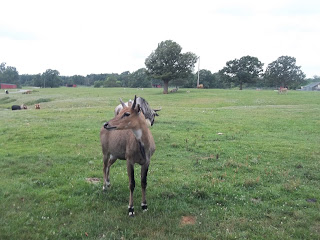 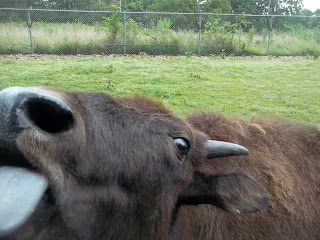 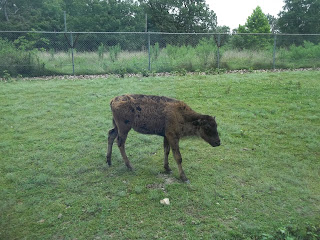 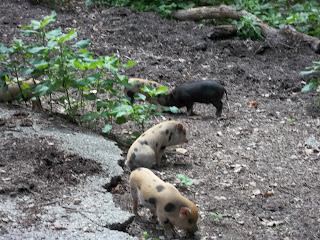 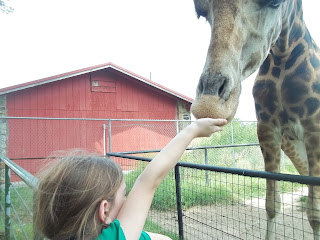 **Definite misnomer.  Them critters ain't wild.  They're greedy, demanding, and some stand in the road until you throw treats...so buy treats in the gift shop before you set out.
Posted by Heroditus Huxley at 9:56 PM 2 comments:

The kids are done with swim lessons for the year.  They had an end of season party they attended with Odysseus a week ago.  Since our last name's first initial falls before M, I was asked to send a sweet snack...so I made brownies.  According to Odysseus, the other kids (and a few parents) fell upon them like ravening wolves.

So, Monday, I went to visit the vampires again.  The phlebotomist again tied the rubber band around my upper arm and poked at my elbow, shook her head, told me I had "some of the most stubborn veins I have ever seen!" and took the blood out of the back of my left hand with one quick stick that I barely felt.

I got the call from the endocrinologist on Tuesday--thyroid levels are normal and stable.  I get to stick with the same dose.  And I don't have to test again until just before my December appointment.  Seriously, this hasn't happened since I got my thyroid removed in '16.  They kept stepping me down until they got me to 75 mcg of synthroid...and that was TOO low.  But the next step up was too high.

I may well have needed the T3 that's in the desiccated porcine thyroid gland that I've been taking for six months, now (last four have been the same dose).

Even better, there's no difference I can tell between the name brand (Armour thyroid) and the generic (NP Thyroid)...except for $63.

Next week is going to be hectic.  Tuesday, I've been asked (by the kids) to go back to Walmart because that's when Endgame comes out on DVD.  Tuesday night is back to school night, and Thursday, the little monsters darlings go back to school for the 2019-2020 school year.*

Maybe I'll be able to find a little more energy if I'm not having to deal with the kids fighting or clinging (or both) to finish up the garage sorting and clean-out.   Maybe I'll be able to find enough more energy to get the house into passable shape if my energy isn't being sucked dry by sudden, random bouts of screaming (sometimes it's screaming giggles, but that split second trying to figure out if it's laughter or rage can sometimes eat up surprising amounts of oomph).

*I love them dearly, but I am incredibly tired of being stuck in the house with them while they're bored and bickering.  I'm...just tired of dealing with all the crap.

**It wouldn't be nearly so much homwork if they'd just fucking do it when they're supposed to do it rather than farting around and not doing it, or if they'd knuckle down and do it instead of complaining about it.  I've seen the imp accomplish things in twenty minutes that other nights it takes him from the time he gets home to supper time, then from just after supper to bedtime to get done.  Because he's too busy playing with ANYTHING in front of him, or complaining, to actually do the damn work.
Posted by Heroditus Huxley at 2:26 PM 4 comments: