Another one of the pens that I got is a neat, nice little British made Platignum Silverline with a broad Italic nib.  It's one of the classics, with a squeeze filler, which was still in very good shape.  All it needed was cleaned up.  Who ever had owned it before me had emptied it, but hadn't bothered to clean it.

The Platignum pen company has been around since 1919, and still produces fountain pens.  I couldn't tell you when this pen was made--it's in great shape.  It's a neat little pen, and the nib reminds me a lot of my Sheaffer No Nonsense calligraphy pen. 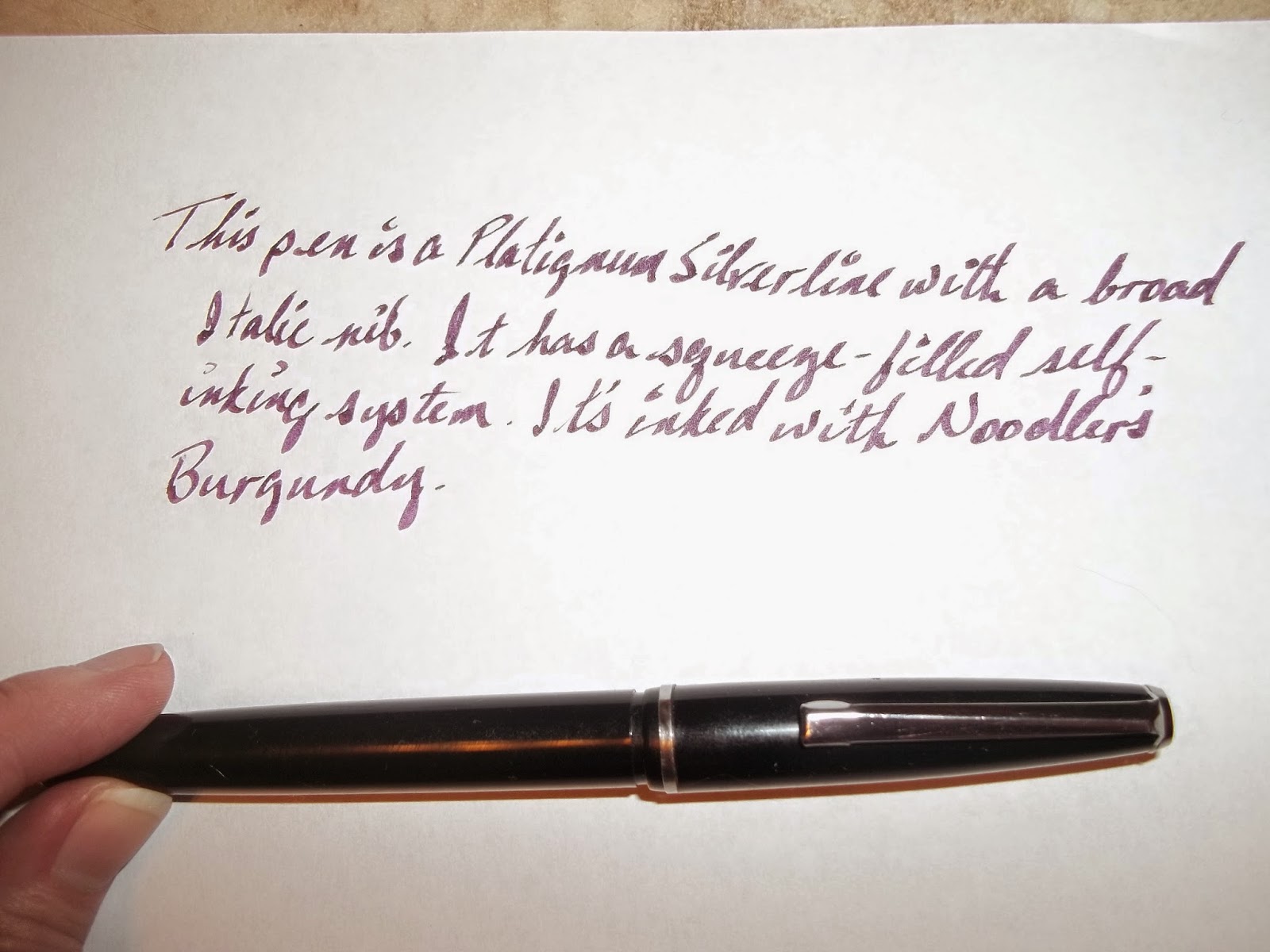 Inked up with Noodler's Burgundy and with a writing sample. 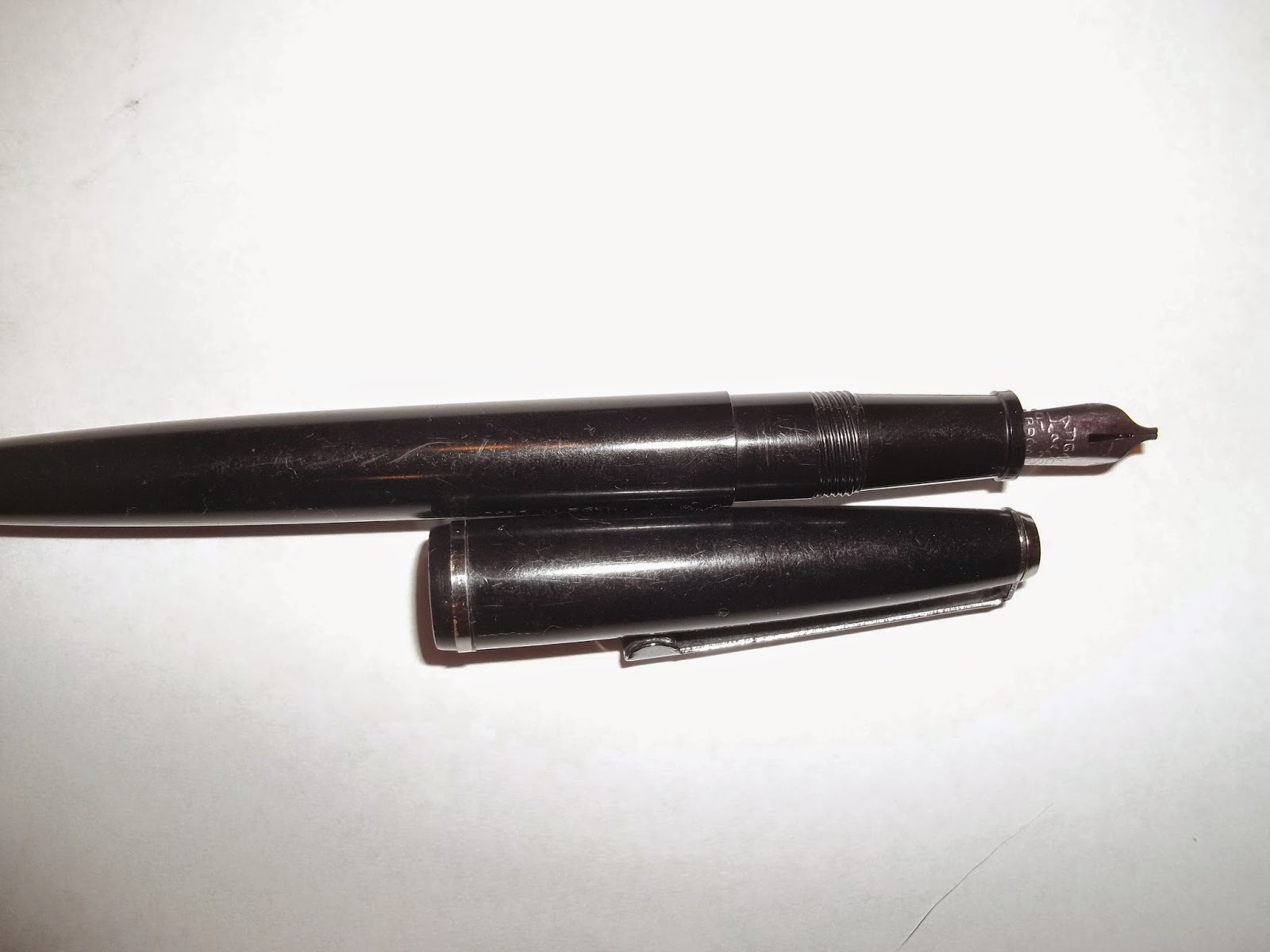 Shot of the broad nib. 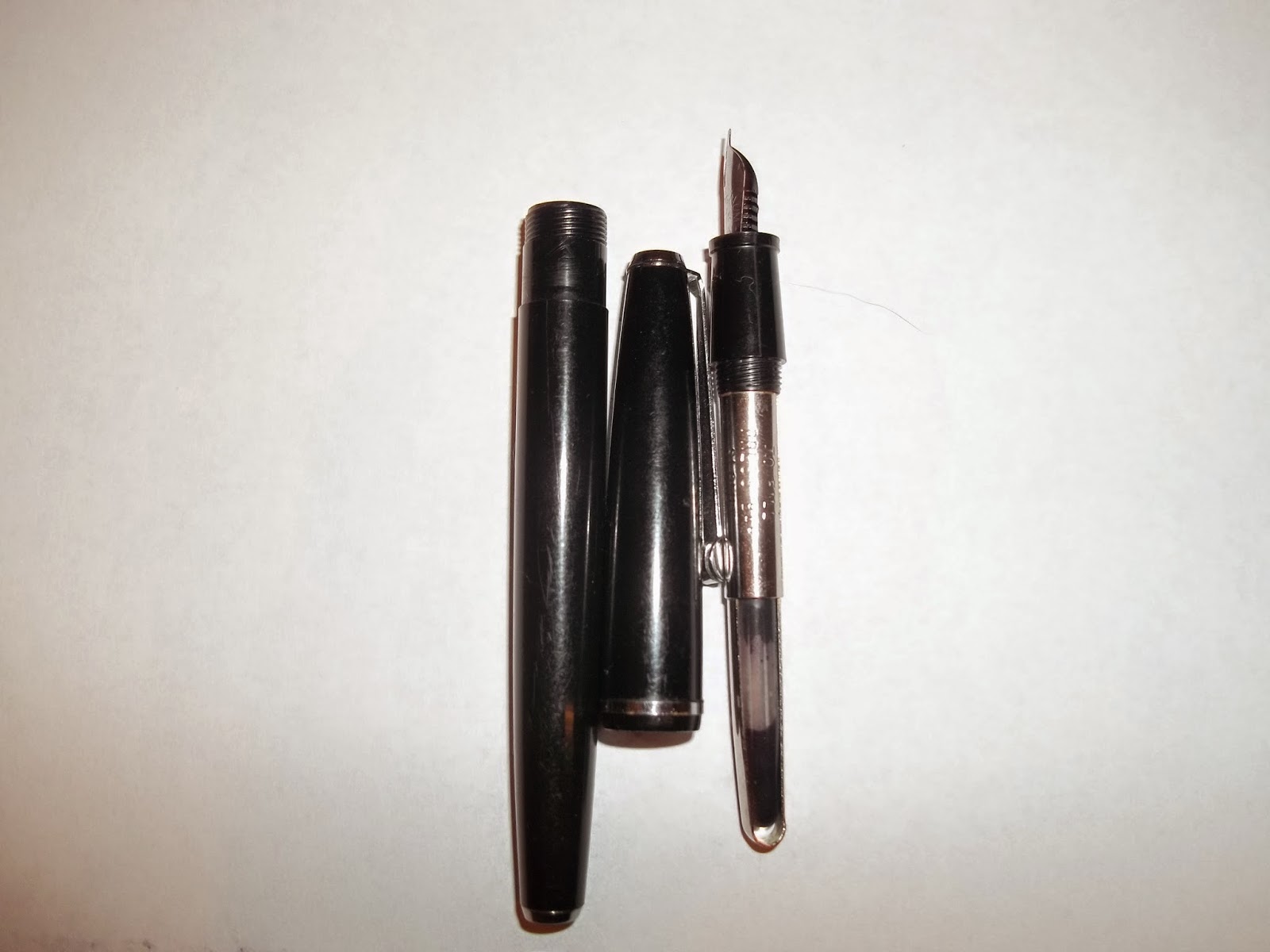 This is a nice pen.  A very nice pen.  I know it's a third tier, student-level pen, made to be affordable, but it's honestly a great calligraphy pen.
Posted by Heroditus Huxley at 9:46 PM