Baltimore.  I just...don't care.  The people of Baltimore have chosen the course that has led to the consequences they're facing.  They voted for the shitheaps that created policy that led to the repeated incidences of police brutality that had everybody believing that the cops there severed Gray's spinal cord.

It isn't going to matter if evidence and autopsies prove that he did it to himself in the hopes of being able to sue the city.  Like with Ferguson, rioters are converging on Baltimore to destroy it, and no inconvenient fact is going to interfere with their beliefs that the cops murdered another undeserving black man.

I cannot bring myself to feel for the "victims" of the rioting.  They chose this, through their voting patterns, and through remaining in the situation.  The only ones I feel sorry for is those who are trying to keep family-owned businesses that have been in the same place for generations, businesses who literally could not survive without their long-built-up customer bases...and I question how many of those there actually are.

I do not feel sorry for the rioters--they aren't there for Gray, or for any honest protests about police brutality.*  So fucking what if their bail is "unfair" (according to lawyers)?  They earned the price the judges set on their heads, every penny.

I do not feel sorry for the scumbag's family.  If they'd really cared for the young man, they'd have stepped in a long time ago and taught him real, civilized values, instead of turning him into a stupid sociopath predator.

I do not feel sorry for the scumbag.  Especially since evidence has come out showing he'd done it to himself.

I do not feel sorry for the police force.  From what I've read, they've been predators on the law abiding almost as bad as Gray was.

I do feel sorry for the good ones amongst the bad, but that's limited by the fact that they have not stepped up to boot the scumbags out of uniform and out of the force.  They are as much at fault for the current situation as the bad cops.  Remember what they say about what allows evil to flourish.

Seriously.  At this point, after all of this, my ability to care, which is sorely limited by my own borderline sociopathic tendencies to not care about other people, has been completely worn out. 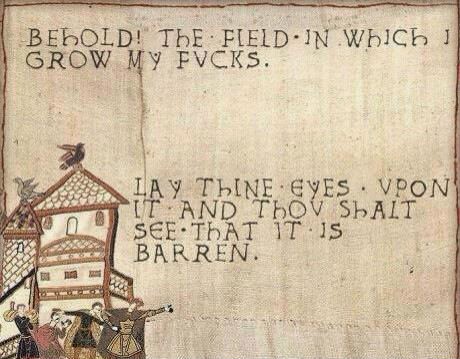 Posted by Heroditus Huxley at 9:05 AM