Here's an Arnold--and I am tempted to keep it if it doesn't sell in four months, and get the nib fixed professionally.  I have one pen with a silver palladium nib, and this one, despite being bent, is almost as nice.  Should it be repaired, it would be as good. 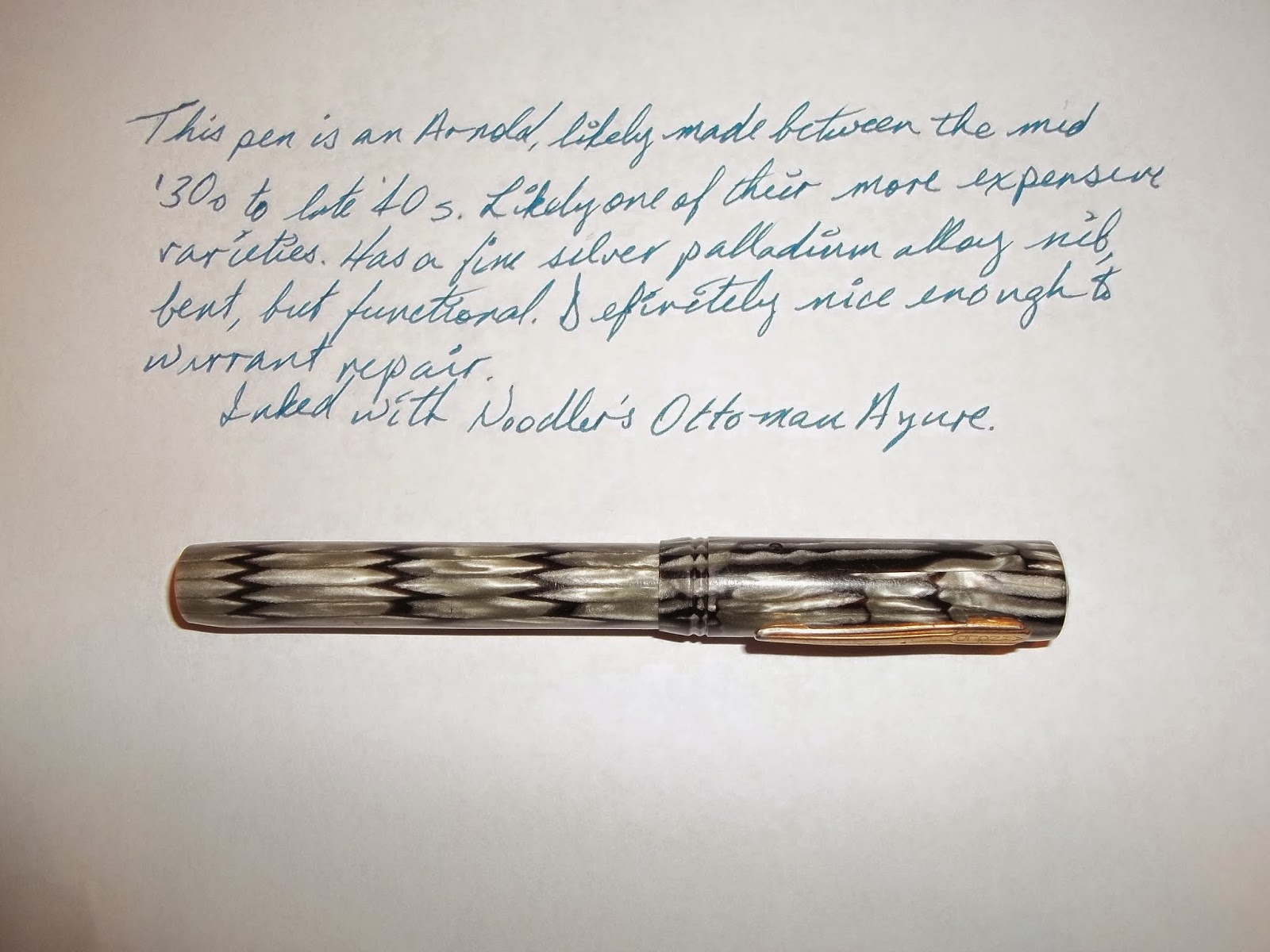 This is one of the ones I have repaired by gluing a new sac to the section: it's an Epenco (formerly Eagle Pen Company), and reminds me of some really ugly yellow marble countertops I've seen.  It is, however, an incredibly smooth writer. 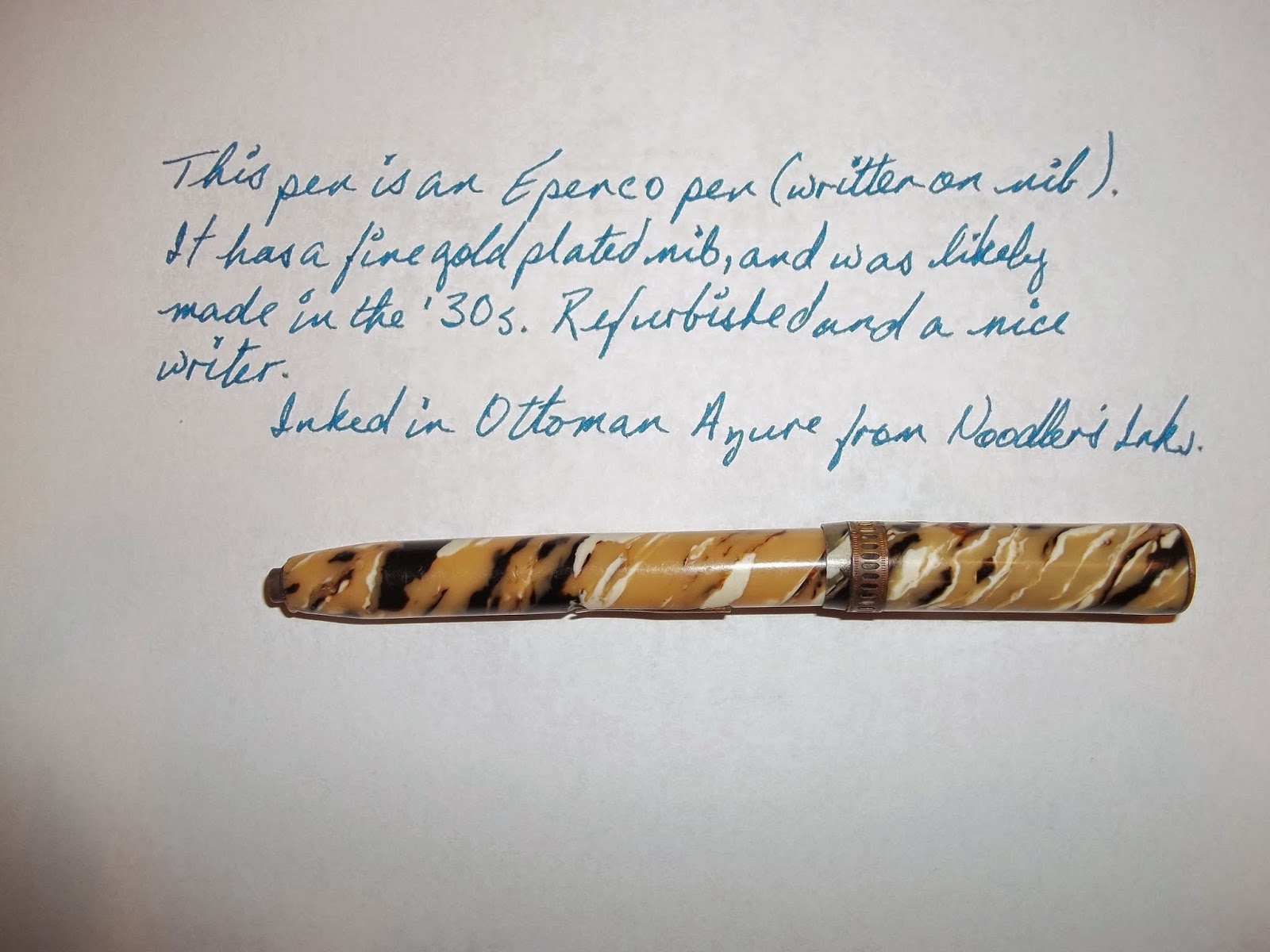 I'll post more pictures of pens as I get them fixed.  The next two I post won't be for sale, though--one's...warped, and the other has been modified from cartridge to eyedropper.  I'm not happy with the idea of selling something that is in poor condition, or isn't fully guaranteed to work and keep working.
Posted by Heroditus Huxley at 11:03 AM