Yet another victim of gun control and gun-free zones.

A young teacher in Washington was killed by a man who'd been stalking her since they were classmates in college. She had a restraining order. He killed her anyway. Why? Because she was on her elementary school's campus. Where guns are banned. She may have also been brainwashed to fear guns.

It doesn't matter, now. A woman the same age I am that taught elementary school special needs children is now dead, because she legally couldn't defend herself where her attacker chose to turn her into a statistic.

It also doesn't matter that the police turned him into a statistic a few moments later. The young woman is still dead. 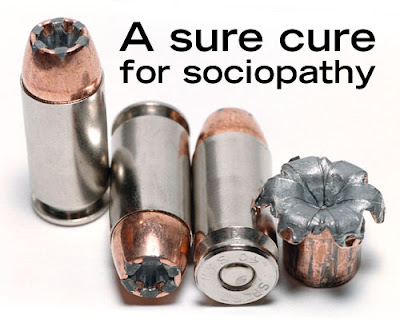 Images found on A Human Right
Posted by Heroditus Huxley at 1:03 PM