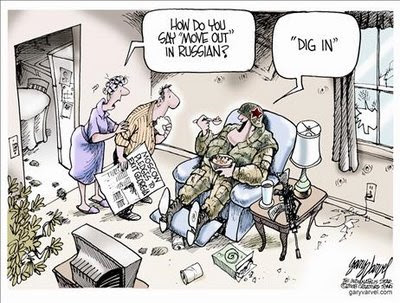 We're not helping, either. The National Review's Charles Krauthammer calls NATO on it's weak response of dancing verbally around actually accusing Russia of doing anything wrong, and cancelling the next NATO-Russia meeting. Victor Davis Hanson, who writes for both the National Review and Townhall, discusses not NATO's response, but ours, criticizing our lack of unity in our responses.

There are times I want to have us go over there, take away all the toys, and tell the combatants to go sit in the corner. They can come out when they can behave, and get their toys back when they can play nice.

Update: Here's one of the reasons our lack of response to Russia's invasion of Georgia scares me just a little: 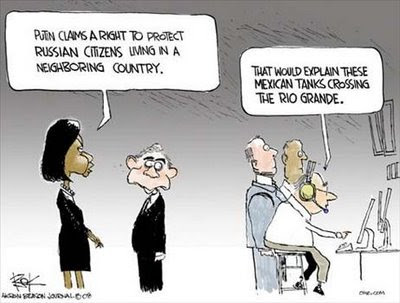 Posted by Heroditus Huxley at 10:15 AM