Maybe if the Taliban beheads the Pakistani governmental official they detained, Pakistan will change its beady little mind about allowing them to have an uncontested supremacy over part of its territory.

After all, it wouldn't do to treat the guy like a woman, now, would it?

Update: A picture (with a caption) always makes the point better than I can in a few words: 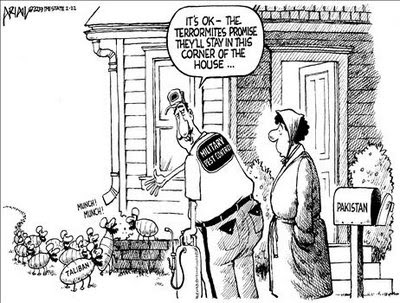 Posted by Heroditus Huxley at 10:09 AM