I am...done.  I'm done following the data on the current virus.  The media's dishonest, and is stirring up panic where it isn't warranted; the government on all levels are taking actions both unwarranted and illegal; the economy is dying, if not already dead; and all of this is raising my stress levels to the point of anxiety attacks.  I'm done.

I am an intelligent human being that is capable of holding worry about more than one thing at a time.  I'm most concerned, at this point, about the actions the government is taking to "combat the virus."* 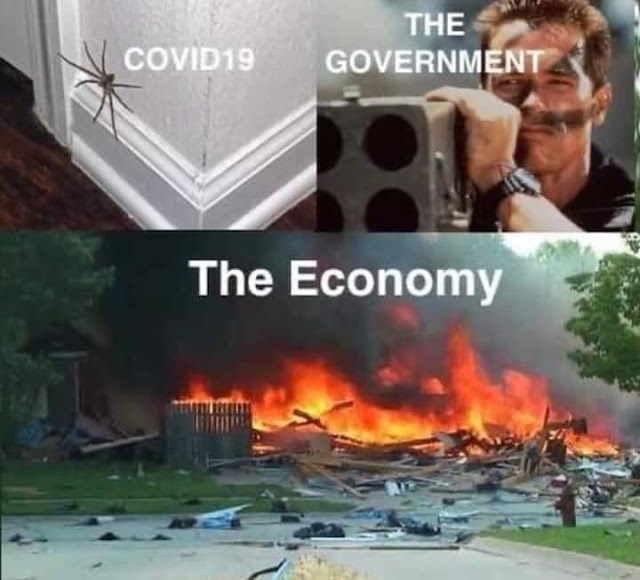 With everything being forced closed, there is nothing of value being created.  There are no services being exchanged.  Our economy isn't dying, it's been murdered.  Because of a 2% chance of death for some.
That said.  I am NOT denying that the virus isn't nasty.  It is.  For a few.  However, I have family in those few that are in the most danger.  I am not in favor of those family members doing stupid shit and catching this. 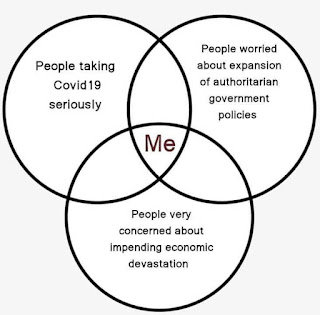 Gas prices are in free-fall.  Given that gas is what is referred to as an inelastic commodity, that is alarming.  Supply is way up because demand--that which is not supposed to change--is way down.

There are landlords out there that have waved rent for the month of April.  I would assume that said landlords own the properties, free and clear, and do not rely on the rent payments to make their loan payments.  Others have not--cannot--because they do have loan payments.  What happens when they can't make those payments?

What happens when over-extended homeowners can't make their house payments?

Only, with landlords, it's a whole lot more people going to be turned out of their homes due to foreclosure.

So many people have been living paycheck to paycheck for so long...it's normal.  It's not just those on the bottom rung of the socioeconomic ladder, either.  It's normal for everybody.  And right now, a lot of people simply...don't have a paycheck coming in.  And for a lot of those people, there won't ever be another paycheck from that particular job because of so many businesses going out of business.  Because businesses have those same habits--businesses are run by people who are used to going paycheck to paycheck.

All for 2% of the population, the majority of which are already sick and dying with something else.  Or who have just a few years of their allotted time left.

*I hate to say it, but I don't think the actions being taken by the various governments at the city, state, and federal levels are being taken solely to combat the virus.  I think there are bad actors at each level that are watching how we react, how we obey, and gleefully planning something different.  Too bad they're not paying attention to how many new background checks and gun purchases are happening daily, too.  Because they are not the only ones watching.
Posted by Heroditus Huxley at 8:58 AM