We didn't learn anything.

Fourteen years ago, the most egregious attack on American soil sent us to war.  Thousands of American civilians were murdered, and our main military headquarters was attacked.

The most visible of the multiple attacks was this: 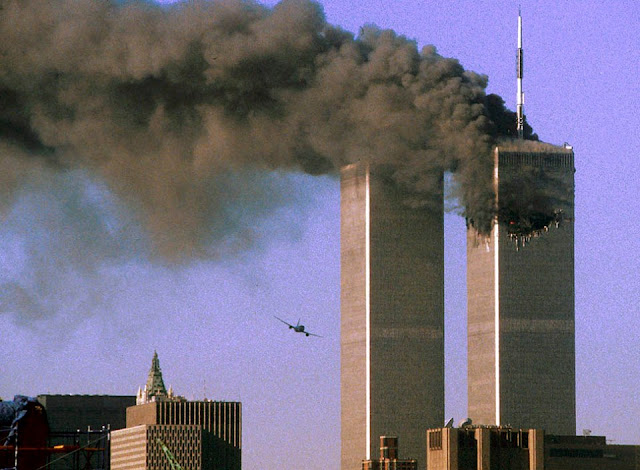 Take a good look.  Remember.  Remember the fires.  Remember the people who jumped from the upper floors because they couldn't escape, and didn't want to burn, only for their bodies to break on the concrete and pavement hundreds of feet below.

Tell me you don't still carry the rage from that day in your heart.

Tell me you're not horrified and angry that we are still letting this ideology flourish.

Tell me you're not terrified by our open borders that permits this ideology to sneak through.

Tell me you're not disgusted that we still let these...creatures...enter our country legally, through diplomatic envoys and student visas.

Tell me you're not outraged by the slow drain of our liberty to create a "safer" nation.

Tell me you're not revolted by the spineless mouth-breathers in congress that did not permit our last halfway-decent president to prosecute the war they unanimously declared to the point where the ideology was defeated, the way we did after the second most egregious attack in December 1941.

If you can honestly say that you don't feel that way, and that nobody you know does, then we, as a nation have forgotten.
Posted by Heroditus Huxley at 7:02 AM