Got my pens, and found out that one had had the sac replaced, and someone had done it really, really badly: instead of letting the rubber cement dry before putting the pen back together, they ended up gluing the nib section to the  sac to the bar to the pen barrel.  Which cracked when I tried pulling the pen apart with my fingers.

And it was a rather neat pen, too--the feed is transparent, and the nib looks to be in excellent shape. I got two unidentified pens that came without a cap, and one extra cap. (And yes, that is my hand.) 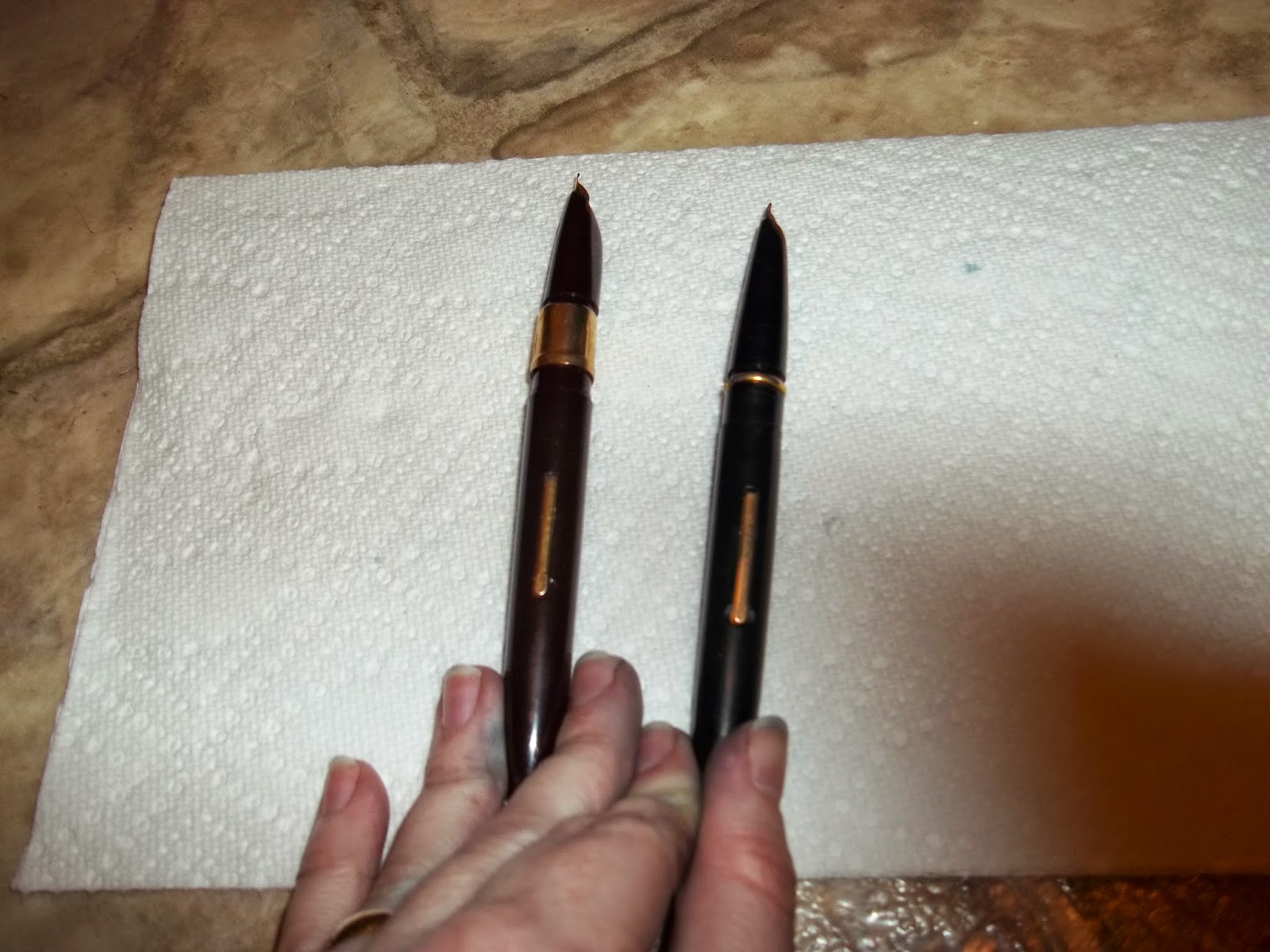 There's a yellow hermaphrodite* pen with a bent nib.  The cap doesn't fit the rest of the pen...which is what bent the nib. 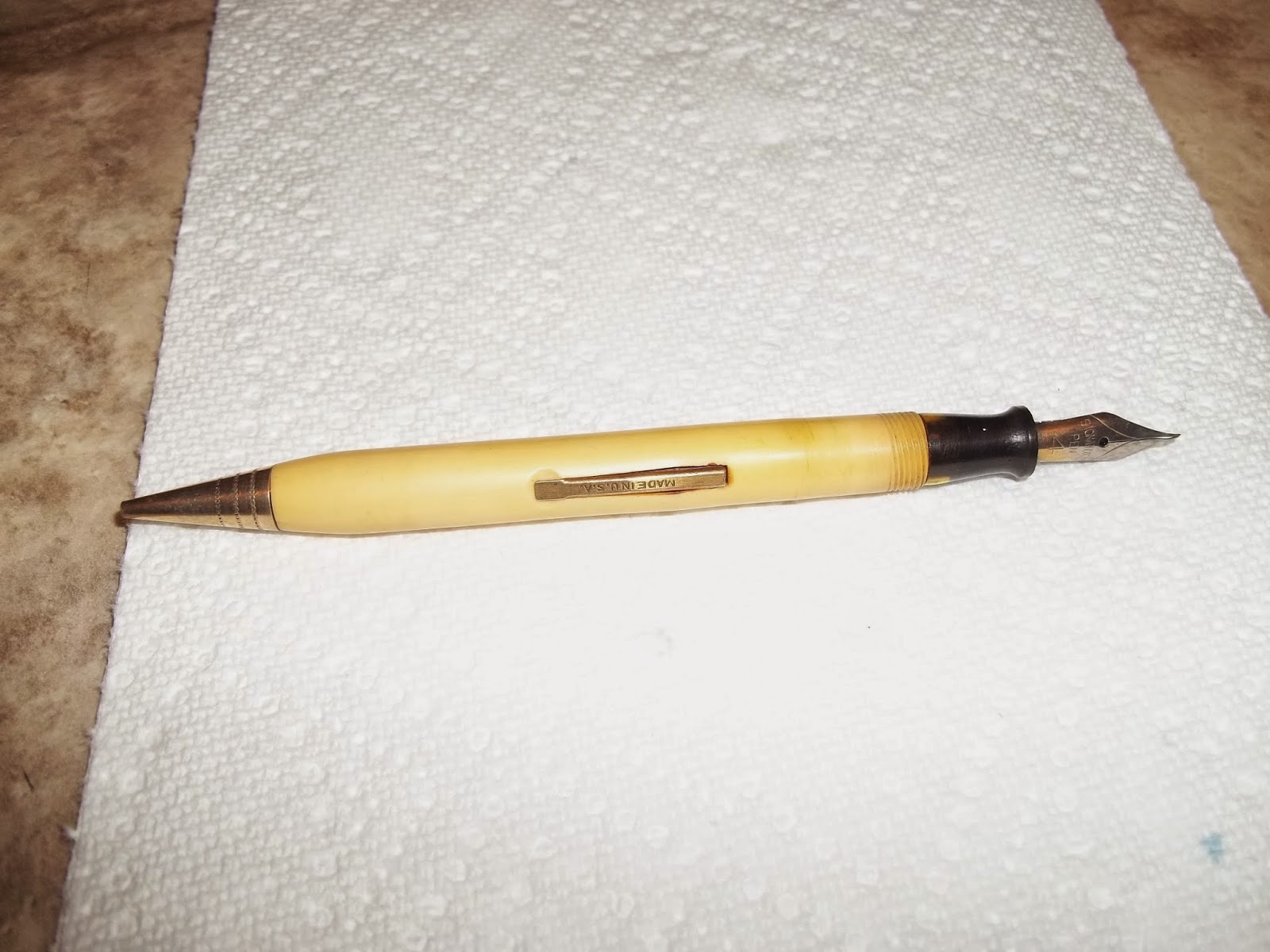 I got an unidentified lever pen with a ring on the top of the cap rather than a clip, and a missing nib and broken feed.  The lever has some really pretty engravings, so bent or not, I'm going to replace the nib and feed and ink sac, and keep it.  If I can straighten the barrel, I'll consider selling it. 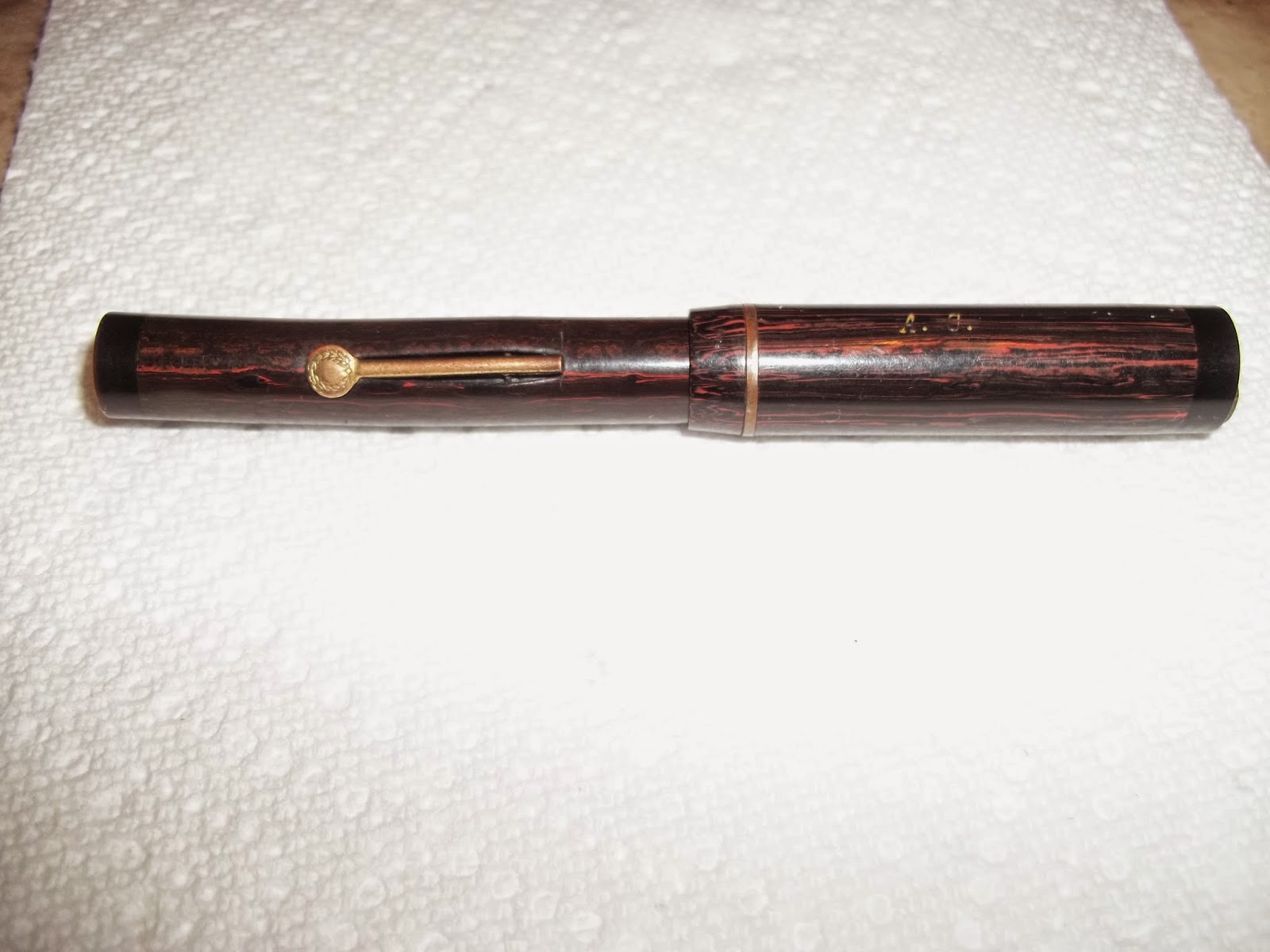 I got an Eberhardt Faber Permapoint with some of the cap decorations (a ring at the bottom) missing, a nib bent away from the feed, and no ink sac. 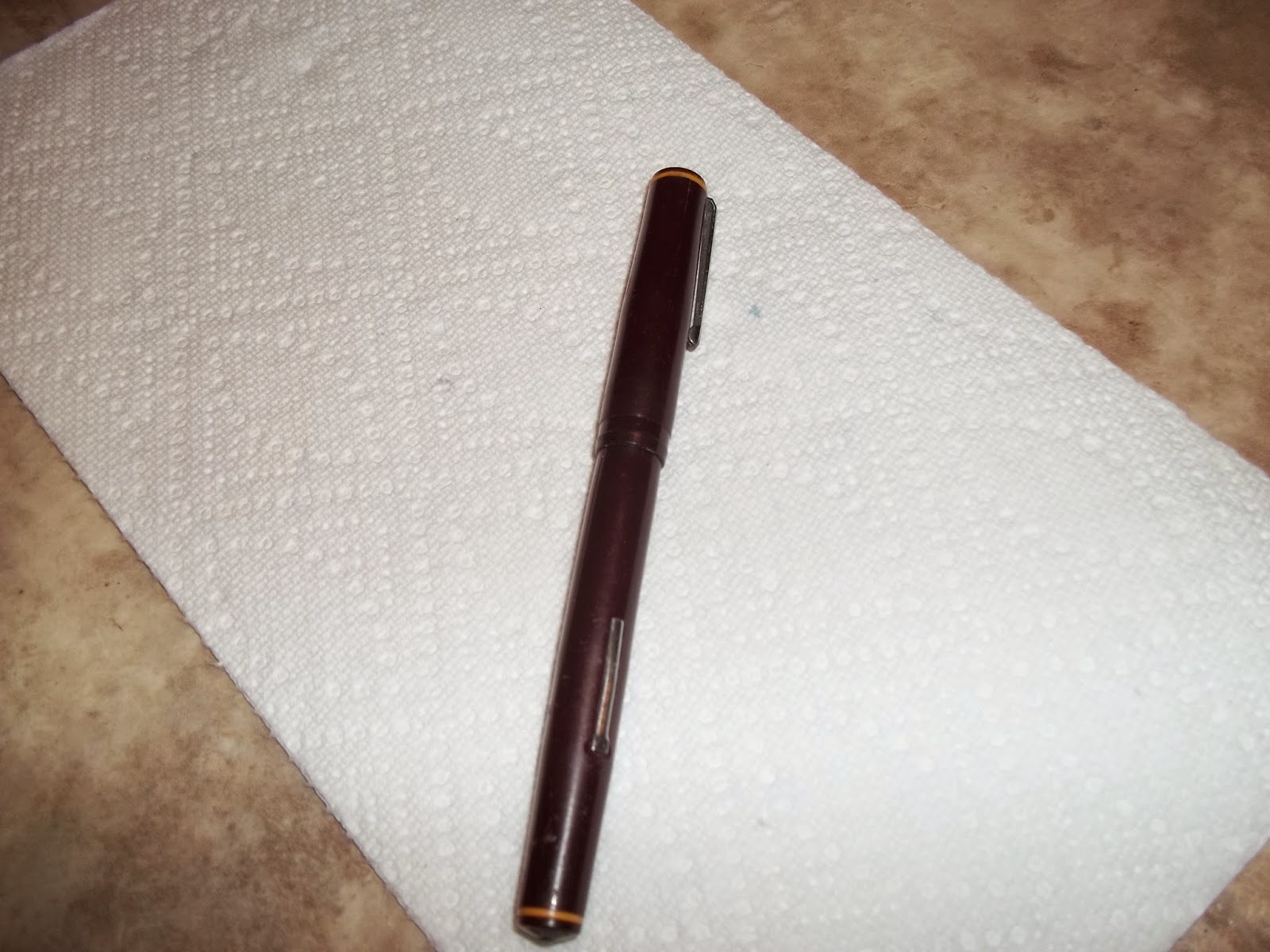 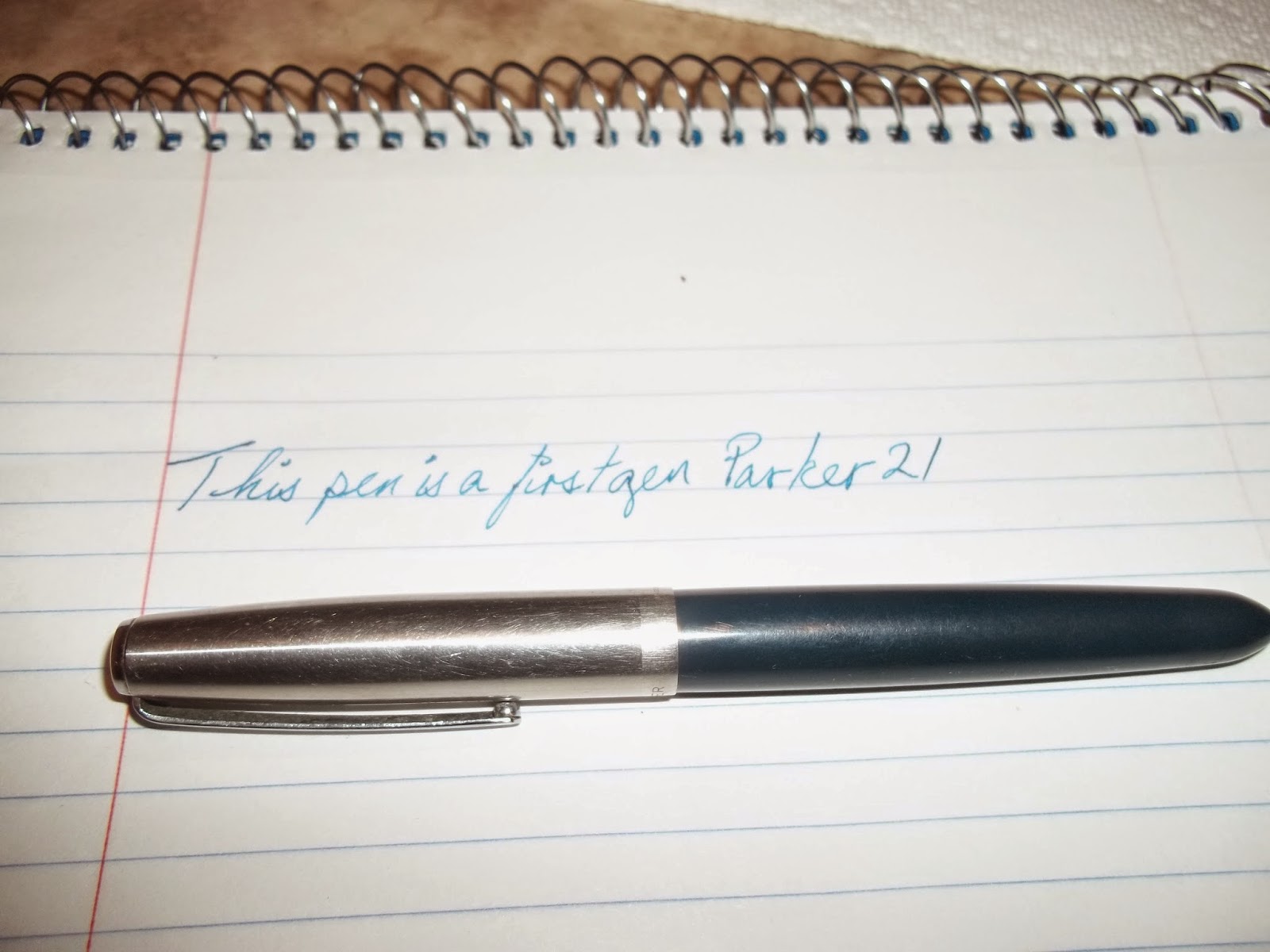 Nothing is  particularly worth a lot of money--the Parker is worth the most, and it might cover the cost of this lot  of pens.


*The pen is both fountain pen and mechanical pencil...which works and has a blue lead in it.
Posted by Heroditus Huxley at 5:30 PM