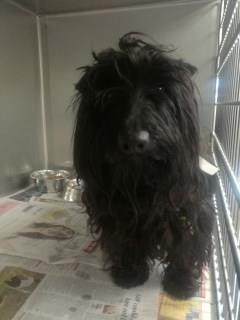 Update:  Dog has been bailed out, and is home sleeping on her patio.  She rode home in the back seat of the Subaru, alternating which child's lap she was in at any given moment.  Lots of giggles and doggie kisses.
Posted by Heroditus Huxley at 5:54 PM